Engineering in the Dutch East Indies: the lens matters! 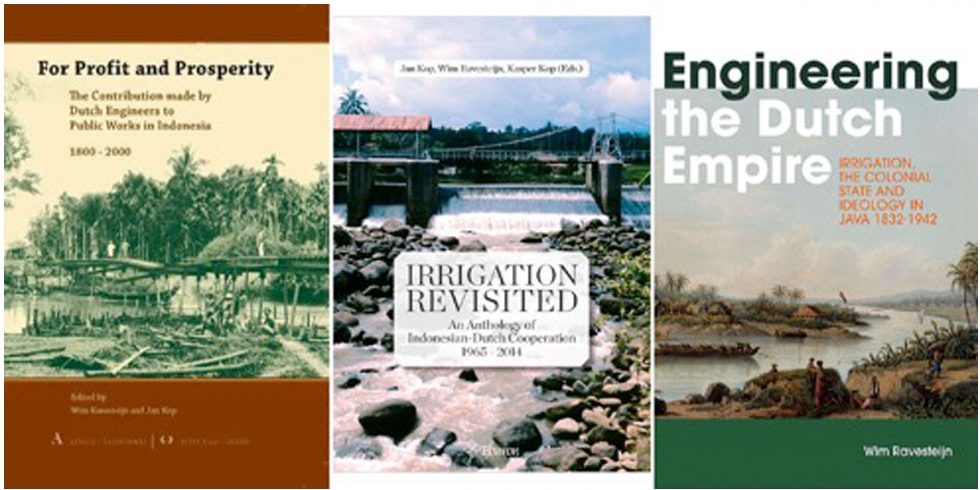 We often hear about architecture and public works in the former Dutch East Indies that are not in existence anymore.  This article points out the public works built during the colonial era of Indonesia which are still widely in use today!  The countless irrigation works described in this article, designed by colonial engineers, comprise the major part of the extensive irrigation network in use on Java that is vital and is of benefit to Indonesia’s population of some 260 million people.  These public works, either rehabilitated or not, are still widely in use. From a global perspective one could add that the Dutch East Indies engineers not only built, but also experimented and innovated, in such a way that the Indonesian archipelago was one of the stages on which scientifically inspired technology shaped the modern world!  Enjoy, Dr. Ravesteijn’s telling of these feats.

The famous Dutch novelist Hella Haasse (1918-2011) is said to have characterized Dutch colonial interference in the Indonesian archipelago as being akin to “scratching on a rock”. She spoke from experience because she was born in Jakarta (then Batavia), the capital of the former Dutch East Indies (and now of Indonesia) and died in Amsterdam, the capital of the Netherlands.

Indeed, if one travels through Indonesia one is impressed by its achievements, for example in the field of architecture. One may think especially of the landmark buildings in Jakarta along the well-known Jalan M.H. Thamrin-Sudirman, although modern architecture eclipsing monumental buildings of colonial times can also be found elsewhere. With regard to water control, Indonesia has been a pioneer in rubber dam building, as the one found in Surabaya. In addition to all the modern works, big plans are perpetually being made and executed in the interests of the nation’s further advancement. The Palapa Ring and the Great Garuda Plans are cases in point.

Still, I find it hard to follow Hella Haasse when it comes to the significance of the numerous public works constructed in the colonial era. On the contrary, after 25 years of historical research and anthropological fieldwork and on the basis of personal technical and management experiences Professor Jan Kop and I have come to a diametrically different view: the technological foundations of present-day Indonesia, particularly of Java as the main island of the archipelago, were laid by engineers employed by the Dutch colonial state in the East Indies.

It all happened at the time when the archipelago was ruled by the Dutch East Indies Government, between 1798 when the possessions of the bankrupt United East Indies Company fell to the Dutch state and 1949 when the Netherlands finally recognised the country’s earlier proclaimed independence. In retrospect it might be concluded that for a period of 150 years the Dutch East Indies constituted a Dutch “development project”.

When, in 1942, the Japanese invaded the Dutch East Indies, the following had been achieved:

These public works, either rehabilitated or not, are still widely in use.

How can such big differences in opinions arise? I will try to explain that based on the example of irrigation engineering in Java. Like rice cultivation, irrigation has a long history going back at least 2000 years on the island. It was one of the most important policy domains of the Dutch East Indies administration, first mainly in view of colonial sugar production, but later increasingly for the population’s rice cultivation. The engineers, striving for professionalization, increasingly stood up for the population.

The first civilizations in the Middle East were founded on irrigated agriculture and this insight made irrigation an important and fascinating phenomenon. Around 1900 the canals on Mars, which had just been discovered, were even associated with higher levels of civilisation. These supposed irrigation channels turned out to be an optical illusion, neither visible through stronger or weaker telescope lenses, but possibly there was more to it. The prevailing views could well have acted as an additional trigger for the notion that there were canals on Mars. Could we also interpret the downplay of Dutch colonial interference as an illusion, optical or otherwise?

If one zooms in on irrigation works, Dutch East Indies efforts cannot be ignored or trivialized at all. Colonial irrigation works can be found everywhere in Java, especially in the coastal plains. Whatever town or village one visits on this island, irrigation works from the Dutch era are never far away.

Take for instance the weir in the Pemali river. This showcase of colonial irrigation technology is situated in the hinterland of Tegal, its long horizontal lines forming an unnatural but powerful presence in an undulating landscape set against a backdrop of mountains. Together with a series of other structural works and a very branched network of canals, the Pemali weir is responsible for ensuring that the sawaswith a collective surface area of thousands of hectares are provided with life-giving water, thus contributing significantly to good and certain rice harvests.

The Pemali Works were completed between 1897 and 1903. The engineer A.G. Lamminga is closely linked to these and other works in the region. Born in Friesland in 1855, in the north of the Netherlands, he made his name in the Indies. Lamminga was responsible for providing a long stretch of land on the northern coast of Central Java with modern irrigation facilities, including water management regulations. In the process, he gained for himself the status of founder of modern irrigation technology in the Indies. In 1930 a monument was unveiled to this “creative genius” in Tegal, the central town in the area. His works have remained, though his memorial has gone, replaced by a monument for Jos. Soedarso, a naval officer.

Zooming out on irrigation works always leads to the same result. When one flies over Java the patchwork of sawassupported by an intricate web of irrigation canals and works is clearly visible. Especially the big weirs controlling the rivers are striking, for example the one in the Cisadane, created in the 1930s. This iconic structure is not far from Jakarta, so that travellers who arrive or leave by plane can, if they are lucky, view it from the air in all its glory.

However, not everything that the Dutch undertook overseas worked out. For instance, the Solo Valley project in East Java, started at the end of the nineteenth century, failed. The Solo river, the longest river of the island and known as the Bengawanor the “auspicious Lord of the Waters”, was too powerful for the engineers.

Today the river still keeps the valley in its grip and poverty is rife there, particularly in the low-lying Bengawan Jero. The indoor raft dwellers known from colonial times are gone now, but the west monsoon rains still fill the area to the brim, resulting in an extensive flowing plain of water. During the east monsoon season the sawasare dry as dust.

All in all, the weirs, canals, sluices, reservoirs and other irrigation works, created (or designed) by colonial engineers, comprise the major part of the extensive irrigation network in today’s Java. This system is vital for Indonesia’s population of some 260 million inhabitants. About 150 million people live in Java. Rice is the staple diet and roughly half of the island’s labour force is employed in agriculture, especially irrigated rice-cultivation.

What is the Indonesian perspective? It seems that the people themselves have less difficulty recognizing the full impact of the Dutch East Indies efforts. They know where their food comes from and the importance of the colonial works. The Indonesian engineers who accompanied me during my field visits were well aware of this, sometimes they were as impressed by the works as I was. And concerning non-technical Indonesians: I was told, for instance, that local people in the Solo Valley had implored the Government to resume the failed Solo Valley project!

Another telling sign was the fact that after independence colonial plans continued to dominate irrigation activities, though, at times, the Dutch themselves played a minor role. President Sukarno embraced the engineer W.J. van Blommestein’s welfare plans and ordered the construction of his Jatiluhur reservoir in West Java, though it was French engineers who undertook the job.

Like the canals seen on Mars, another matter may be crucial as well, namely the lens of “political correctness”. It is no longer acceptable to write about the great achievements of the Dutch in their overseas territories as was customary in the past. Colonialism is simply no longer “decent” and emphasizing constructive contributions tends to be labelled as justification and legitimization aimed at covering up evil aspects. Much of this is understandable and often even, to a certain extent, true but if one goes too far one misses the point, as our publications on irrigation and other public works in the former Dutch East Indies and Indonesia show.

Hopefully our work will take the discussion about technology and colonialism a step further. Referring to Hella Haasse, one might say that Dutch colonial engineering in Indonesia went far beyond just scratching the surface; it was closer to rock-carving and redrawing the map. From a global perspective one could add that the Dutch East Indies engineers not only built, but also experimented and innovated, in such a way that the Indonesian archipelago was one of the stages on which scientifically inspired technology shaped the modern world!

Engineering the Dutch Empire: Irrigation, the Colonial State and Ideology in Java 1832-1942

For Profit and Prosperity: The Contribution made by Dutch Engineers to Public Works in Indonesia 1800-2000 (2008) 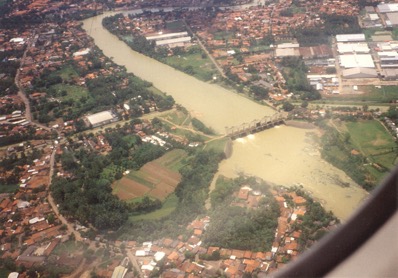 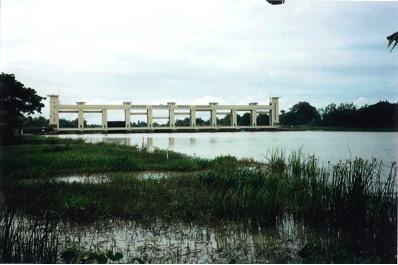 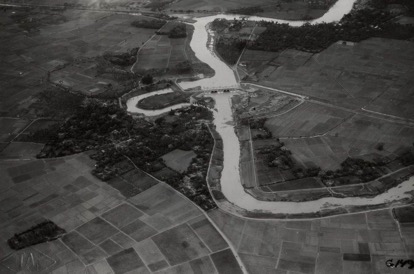 4 Weir in the Pemali river (North Java), completed in 1893, photographed in 1995; its maker: the engineer A.G. Lamminga; and the monument for him. 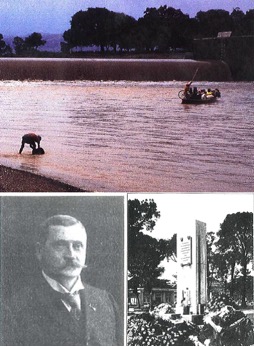 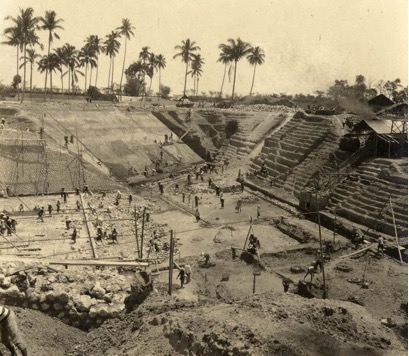 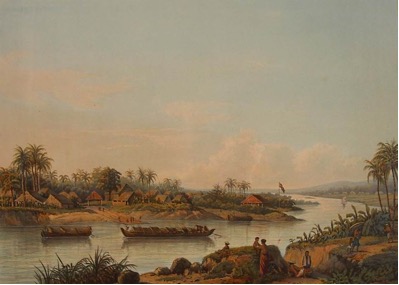 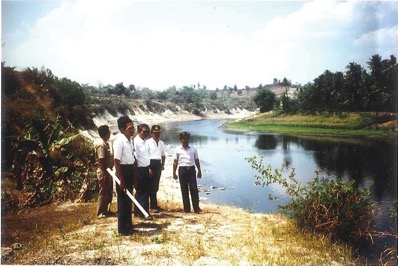 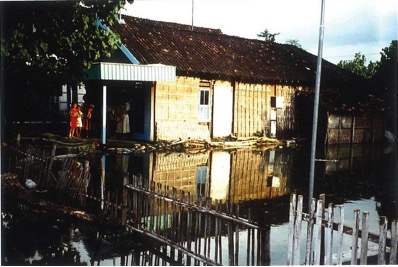 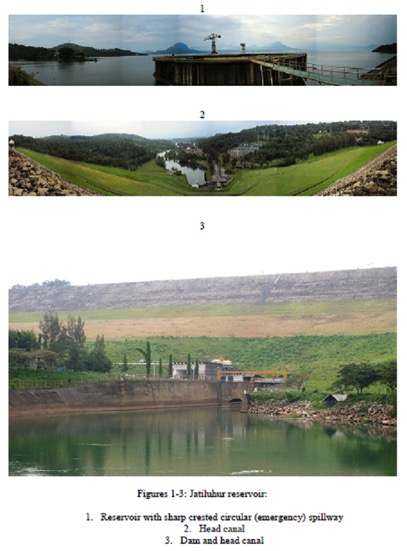 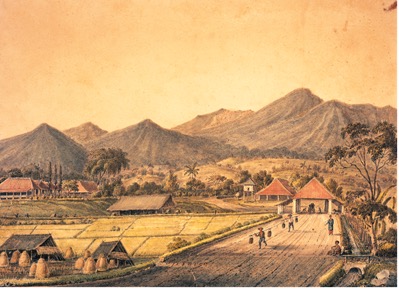 11 Modern road construction in Sumatra around the year 1930. 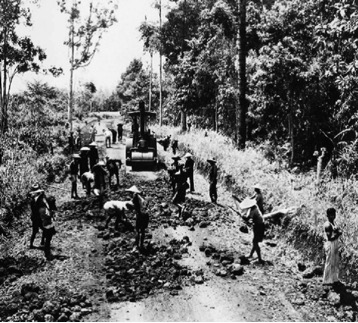 12 The Blang Me Bridge in Atjeh (North Sumatra), seriously damaged by a bandjir in 1902. 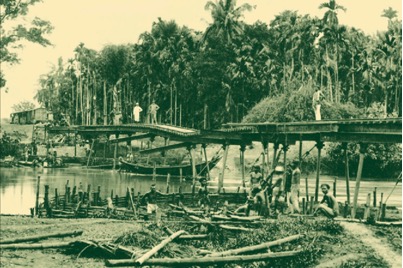 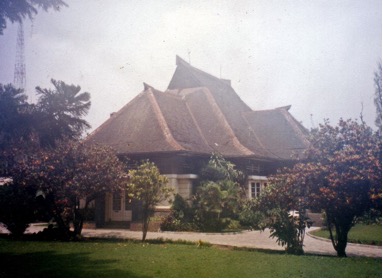 14 Iconic bridge of the Cepu Forest Railway (Central Java), constructed around 1915. Photo from 2016. 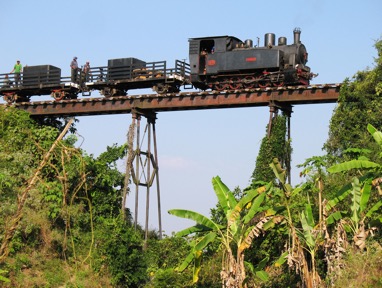 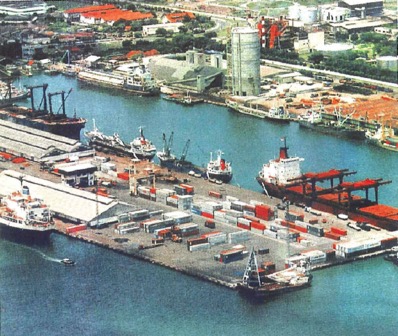 Article put together by Willem TenWolde.