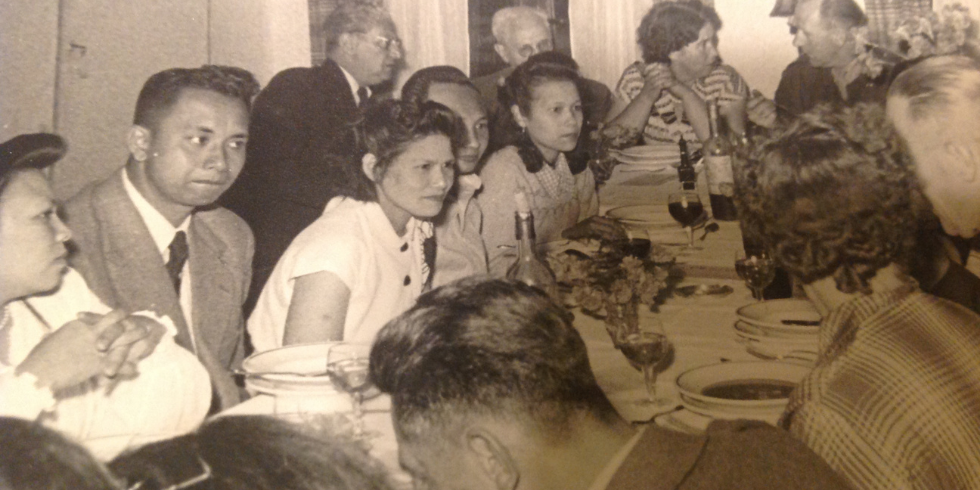 Cultural identity is the identity of belonging to a group. It is part of a person’s self-conception and self-perception and is related to nationality, ethnicity, religion, social class, generation, locality, or any kind of social group that has its own distinct culture. (Wikipedia)

The following are short descriptions for a series of future in-depth articles of my personal journey through a profound identity crisis. I know I am not alone in this and that there are many Indos who may be in similar stages of a crisis that is mostly attributed to a physical migration to lands unknown. This journey has provided me with a unique advantage of understanding how the disruption of leaving the only country they have known, effected the lives of so many Dutch-Indos in Indonesia during the late 1940’s, 50’s and 60’s upon arrival to the Netherlands after the Indonesians declaration of independence became a reality.

Born in Holland, Made in America

An assimilation into an adopted culture of capitalism. I remember the journey on the Groote Beer and all I wanted was a pair of American blue jeans upon arriving in New York City. There was an abundance of everything. My introduction to capitalism, to the pledge of allegiance, to softball and in my later years, to the entrepreneurial spirit and a unique approach to democracy formed many of my personal philosophy about how to live a life. I learned quickly that I needed to assimilate my Dutch-Indo into the American culture and eventually learned that assimilation comes with a loss of identity, especially when the culture you were born into has dispersed to many corners of the world.

I am Dutch, it is All I Have Ever Known

Born and raised in Holland for the first of 11 years of my life  I still feel that familial tugging at the heartstrings every time I have returned to Holland. I can see, hear, taste, and feel it down to my toes. I step into the binnenkant of Amsterdam and the breathing in of a familial air and hearing a language once familiar to me, stirs questions of why my father would pack up everything we owned for the USA. I wander around an outdoor market in the Pijp district nibbling on a stroopwafel… and stop in an Albert Hein market to pick up beschuit, hagelslag, komijn kaas and appelstroop and pick-up Indo spices I cannot get elsewhere. I stop at an Indonesian restaurant and inhale almost everything the rijsttafel offers. I take a train to Amersfoort and visit my old neighborhood and the school I attended. I follow a path that would take me into the woods and recall that as a child, we would take this same path. After my father’s move back to Holland, our ritual was to walk this same path and recall memories of visiting the Amersfoort zoo and other favorite family ritual outings.

A search for personal history and a serendipitous meeting with Sephardic Jews in Southern California led me to a lifelong search for my Portuguese Dutch-Indo ancestry on the maternal side of the family. I recently came full circle and face to face with a path that took my maternal ancestors to Macau, Borneo and Indonesia beginning in the late 17th century. I recently planted myself in Spain to trace that migration before they landed in the Dutch East Indies. More about this journey of a research into Jews of Indonesia in a future article and how I discovered a variety of hidden Jewish rituals and adaptations of recipes to fit an Indo culture that were embedded into my family culture.

And a strong desire to recapture the culture I was born into embedded into my memory of a mother who died when I was just 7. In 2015 I arrived in the EU on a long-term mission to dig deeper into my mother’s ancestry. I brought with me photos taken before my mother’s death. These and memories were all I had. Photos of aunts, uncles and cousins in a box given to me by my paternal grandmother. I went on a search on Facebook and started contacting people who had the same surname as my mother and maiden name of my grandmother. I hit the jackpot one day when I found one cousin, then two, three….

I immediately saw myself in their faces and I grieve the loss of being robbed of years of relationships I could have had with them. I learned that my maternal grandmother lived well into her 90’s and the feeling of being robbed of time spent with her feels even more acute. I remember her as being gentle in spirit and as a young child, I loved when she would come and stay with us. Relationships I could have had with her and my cousins if only my father had released the anger and pain of losing my mother. Why he never kept in touch with them I can only speculate. In hindsight, I see that the methodical erasure of memory of my mother was created to protect me when I was a child from the horrors of how she died. I continue mostly a solo mission. I have signed on to Dutch national and municipal archives and have found a wealth of information. I am however at a loss as to how to gain access to archives in Indonesia or the KNIL in which my father served. Photographs are all I have.

How to Rediscover Your Culture

Source: How to Rediscover Your Roots and Own Your Cultural Identity by Andy Seth

If you have struggled with feeling of a loss of cultural identity, I would love your feedback; leave feedback below.

Are you too attempting to understand and embrace your Indo identity? Are you an Indo who would like to share your story with The Indo Project? We welcome you to describe your journey. Submit your story!