Dutch Government started back pay after more than 70 years. 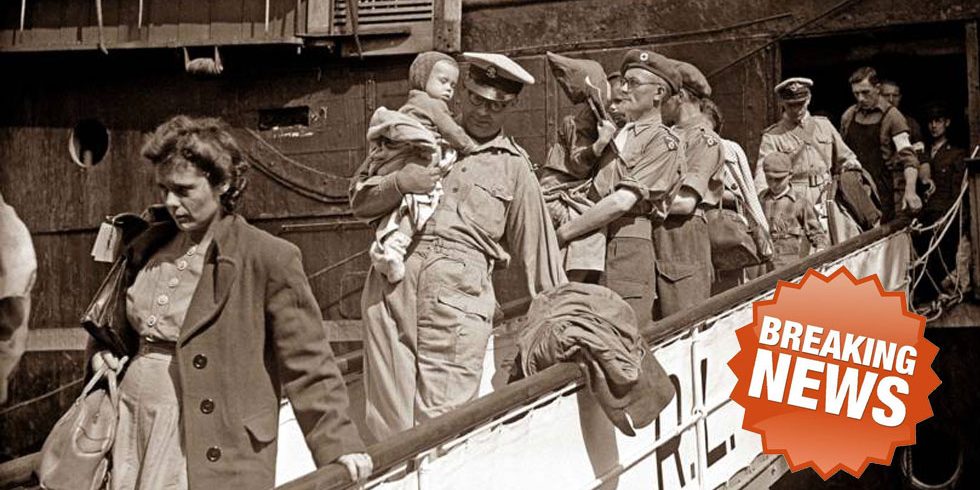 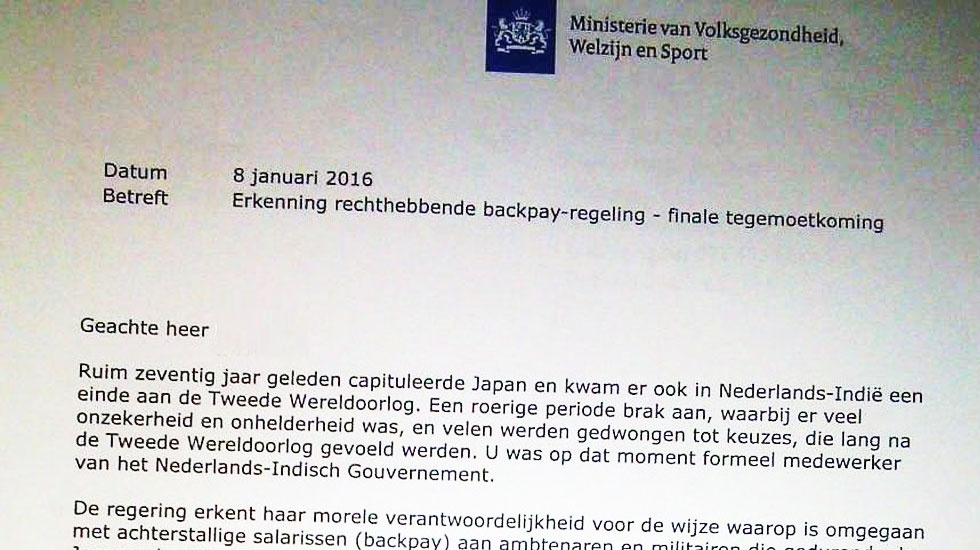 AFTER MORE THAN 70 YEARS, The Dutch Government is finally starting to distribute back-pay owed to Civil Servants and Soldiers who served during WWII in the former Dutch East Indies!

Translation by Priscilla McMullen of article:

~~ January 11, 2016 – The Dutch Ministry of Health, Welfare and Sport (VWS) has started to distribute the first benefits due to employees of the Dutch East Indies Government who did not receive pay during the WWII Japanese occupation of the Dutch East Indies. According to spokesman Ton Meij of the Indisch Platform this is the first compensation paid to former officials and veterans of the KNIL. According to Meij, approximately 180 people this week will get €25,000 credited to their bank accounts. Some of the claimants have to wait longer because there is still research being done. In total there are around 600 submissions. State Secretary Van Rijn this fall reached an agreement with the IndischPlatform on the arrears of salaries, named “the backpay” issue.

MORAL RESPONSIBILITY.
Civil servants, teachers and military personnel in the Dutch East Indies during World War II were given no pay. The discussion on backpay began immediately after the war, but a solution was never found. The Dutch government had no legal obligation to pay the overdue salaries. State Secretary Van Rijn, urged on by the Dutch Parliament, broke the deadlock of seventy years with an agreement with the Indisch Platform. In a letter to stakeholders, Van Rijn writes that the Dutch Government recognizes its moral responsibility. “The government regrets the way the backpay issue and its redress developed in recent decades.” 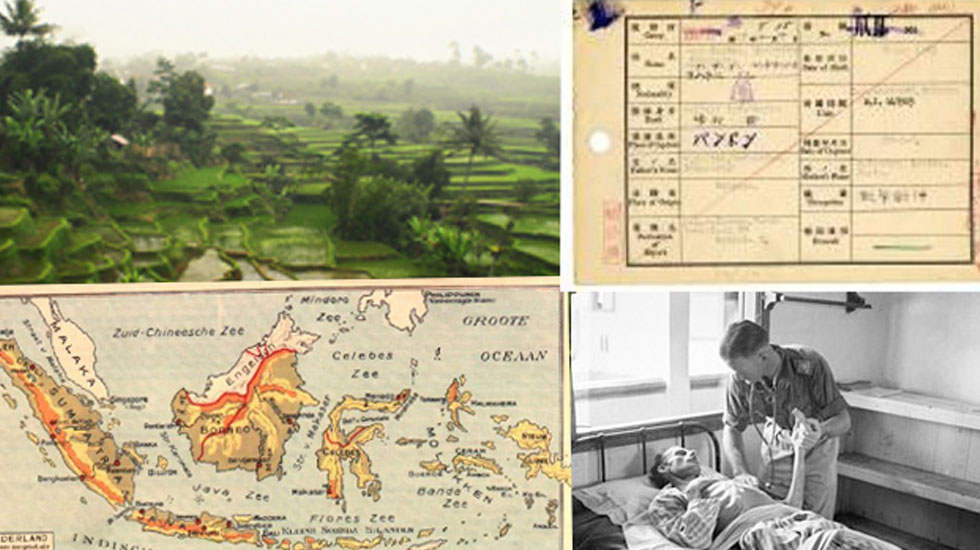 SOME WELL OVER ONE HUNDRED IN AGE.
Because of the age of the people involved, the Minister promised to provide disbursements quickly. Some applicants are well over a hundred years old. According to Meij of the Indisch Platform, the Dutch Government fulfilled its promise. “The first payments were made yesterday. Today we received many comments from people who have received the money.”
In some cases it is about acutely distressing situations. “There’s an elderly man who asked to have his backpay quickly so he can visit his children in America. He had no money for that before, but with this distribution he can finally travel to see them.”
Among those who now have received a distribution is also a Moluccan who served in the KNIL military, confirms the Moluccan rights activist Leo Reawaruw. “Receiving the money is nice for these men, but for the Moluccan community it also means recognition.” ~~

Featured image:
Soldiers carrying young children as they disembark from the ms Volendam in 1947 AFP