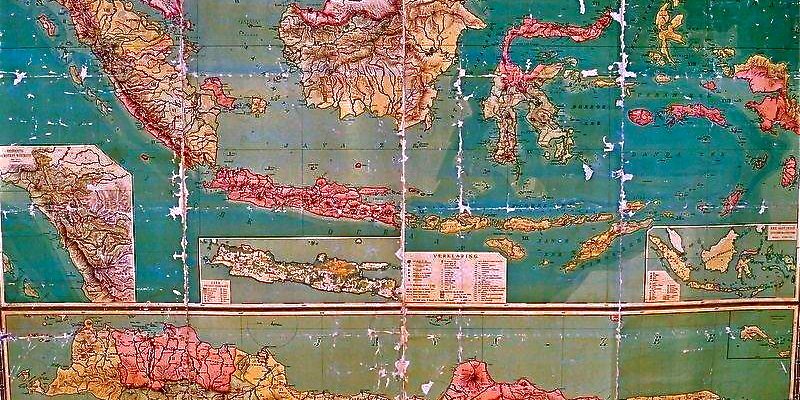 The word “diaspora” has been used throughout the web site of The Indo Project.  Most readers are undoubtedly acquainted with this Greek term referring to the dispersion or scattering of Jews outside of Palastine after the Babylonian exile or, to put it another way, the area outside of Palastine settled by the Jews.  In that ancient  time, nobody could have imagined that this phenomenon would be the fate of numerous other nations and nationalities. In particular, I am referring to the upheaval and resettlement of Indos throughout the world: Indies lost – start of the Indo diaspora.

This rather rustic – dare I say – antique looking, undated wall map, I obtained through serendipity some years ago.  My wife and I were visiting the Kortekaas family, with Indies connection, living in a small mountain town in the San Joaquin valley of California in the U.S.  Upon leaving, I noticed a large crumpled up map, carelessly dumped in their truck bed.  Immediately I recognized it, upon unfolding, as one of the former Dutch East Indies territories.  The family was about to toss it out and I rescued it from an eternal state of oblivion.  What a lucky find! I saved a real treasure.

This map, on a canvas backing, was full of cracks and creases at the seams.  Its condition was symbolic of the final demise of this Dutch colony. The dissolution of the Dutch East Indies during WWII after the Japanese occupation (1942-1945) and its subsequent turn over to the Indonesian Republic in 1949.

This old crusty map has an enlarged section of Java island and a portion of Sumatra. I attempted twice to verify the actual date of publication, unknown to the owner, by writing to the Koninklijk Instuut voor de Tropen (KIT) in the Netherlands but to no avail.  Based on the Dutch text, however, it could have been produced in the 1920’s or 1930’s or even earlier. It most likely is not the original since it shows the “herzien,” (revised edition) notation. Nevertheless, it is still a treasure.

This map is tangible evidence of  a bygone era.  Now we Indos and our European counterparts have an Indies map that eventually can be accessed in a prospective brick and mortar library, together with hundreds of other valuable  documents.  Our offspring will then be able to learn pictorially what their Opas and Omas went through and how they survived throughout the Indo diaspora, and how they paved the way to their newly adopted countries.

This wonderful old map will be on display at the Holland Festival on the 29th of May at The Indo Project booth. Visitors can indicate their location of birth or family origins on the map by placing a sticky note (not too sticky).  By the end of the day, a picture will be taken of the map with all the sticky notes to see how the diaspora spread out and where it originated.  Participants will be asked to join The Indo Project by signing on to the newsletter to stay informed about the community and bring the diaspora together.

Just like this map, the cracks and creases in the seams of our community need special attention to bring back its luster.  So the entire diaspora can stand upright and be proud in all its splendor.

If you cannot come to the Holland Festival, please participate in showing your support by giving a donation.  Your gift will help further the cause as without your support, this would not be possible.

Or mail a check to: 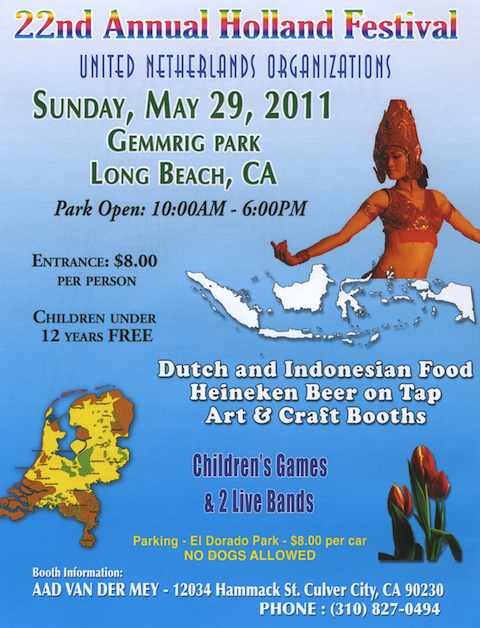