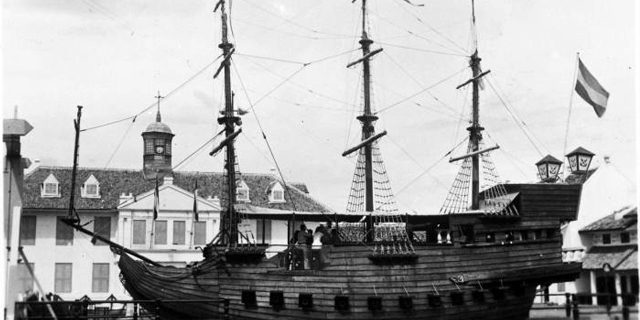 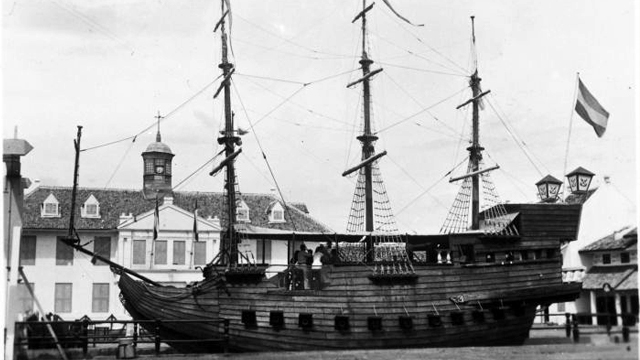 Great-great-great grandfather Johan Daniel Gottfried Schmidgall was born in 1750 in Plattenhardt, Wuerttemberg, Germany. He was a volunteer in the Army of the Duke. The middle of the 18th century, the Dutch India Company (VOC) still owned large possessions in “the East.”  Since it was a not a governmental enterprise but a private business, the largest “multinational” in the world at that time, it was obliged to take care of its own security forces in order to protect their property against “intruders” of whom, as a rule, they confiscated it in the first place. Consequently, the VOC was regularly scouting for hireling soldiers, especially abroad, who would be willing to perform this task.

Earl Karl Eugen vorn Wuerttemburg (1737-1793) executed a contract with the VOC. It is stipulated that he would place at their disposal, a complete regiment for Dfl. 65,000.00. The same year, this regiment, consisting of two battalions, marched from Stuttgart to Vlissingen (Holland), where they arrived in the spring of 1787. Approximately 2000 men were then shipped to Cape of Good Hope, South Africa. Grandpa Schmidgall was Captain of Artillery. After seven months in a sailing ship on the open sea, experiencing terrible ordeals, they finally arrived in the  Cap Colony. From the standpoint of military activities, the regiment had an easy life. However, during the three years while they were stationed there, one soldier died every other day as a result of tropical diseases, for a total of 53. Grandpa survived these trying circumstances.

In 1790, the Gentlemen 17” in Amsterdam decided to send the entire regiment to the East Indies. Due to regularly erupting insurgencies and the threat of a possible British attack, the presence of extra soldiers was urgently needed. From March to July 1791, the first eight ships departed for the Indies with on board 1150 “Cape soldiers.” The middle of July, however, news was received that on Ceylon, then still a Dutch possession, the Singhalese King Candij started a “holy war” against the white intruders. Troops were desperately needed, so the remaining 500 men were dispatched to Ceylon. Grandpa was spared this ordeal since he already departed to the Indies on the fifth ship, the “Ijstroom” on April 18. Otherwise, this story would have not seen day light.

Grandpa J.D. led a turbulent life in the former Indies. The regiment played an active role, among others, in the suppression of an uprising on Ambon. Due to poor medical provisions, soldiers died like rats, at the rate of about 400 annually. In particular, fort Meester Cornelis, then situated in the middle of swaps, seriously depleted the ranks.

As a consequence of the reorganization of the VOC, there was no room any longer for a separate Wuerttemberg regiment. Its commander received an order to report to the Governor of Java which he ultimately did after dragging his feet. Of the total of 3000 men, including their replacements, only 229 men remained after 20 years. The regiment was therefore forced to join the Dutch-Javanese troops.

Grandpa J.D. was promoted to Major in 1792 and in 1799 to Lt. Colonel. He had four children from Amalia Knecht, a sister of the Wuerttemberg agent for military affairs in the The Hague. He died in Semarang in 1807. Engeline Adele Schmidgall, his great great grand daughter (My grandmother) was born in Batavia in 1869. She married Michael Carl  Anton Krancher, also of German descent, and at one time employee at Thiemens newspaper in Soerabaja.

Where did I obtain this family history? I have been engaged in genealogical research for years – it is my hobby. During my vacation in Holland in 1991, I visited Mr. Dick Visker at his Indische Familie Archief in The Hague. In passing, I asked him if he knew somebody who was working on the “Cape regiment.” I had discovered a book, written in German at the State Library, in which this regiment was described and in which grandpa J.D.’s story also appeared. It so happened that Dick just recently made contact with a researcher in Amsterdam who also was a descendant of a “Cape soldier.”  After arriving home in California, I immediately wrote this gentleman a letter. Not long thereafter I received a lot of information .What a surprise! Some of it has been incorporated in this story. Now I have acquired another contact in the Hague. the Indische Genealogische Vereniging. It was through them that I received even more information about the Schmidgall family.

Photo: Collection ‘Tropenmuseum’ – Replica of a VOC galleon and the town hall of Batavia on the occasion of the Pasar Gambir – 1939.