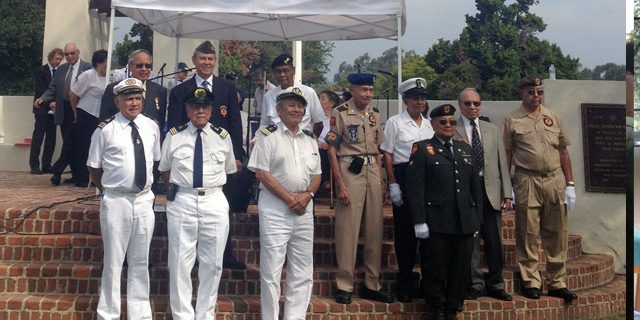 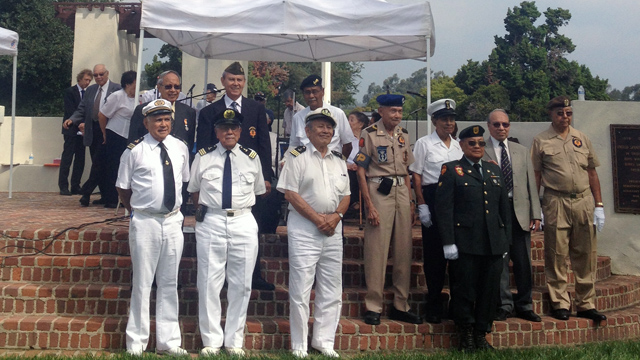 This year’s annual memorial ceremony was presented once again by the ‘Comité 15 augustus 1945′ under the auspices of the Nederlandse Veteranen Vereniging Wapenbroeders USA. Last Saturday, August 10, 2013, a group of about 50 people came together at the Los Angeles National Cemetery.  The President, Mr. Auke Mensink, welcomed  the attendees gathered to commemorate those Dutch service men and women and citizens who lost their lives during WWII in the Dutch East Indies. Also remembered were those who died during the ‘Bersiap Period’.

The Memorial Choir sang the hymns: ‘Wat de toekomst brenge moge’ and ‘How Great Thou Art’ 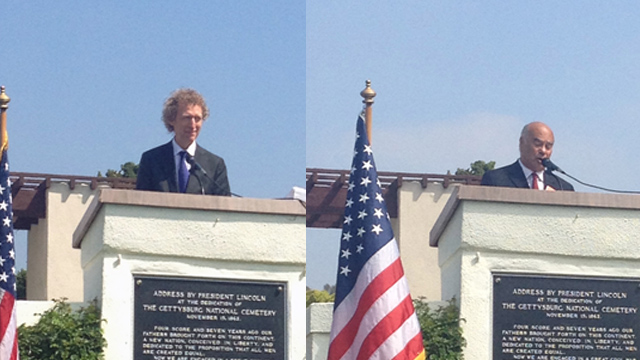 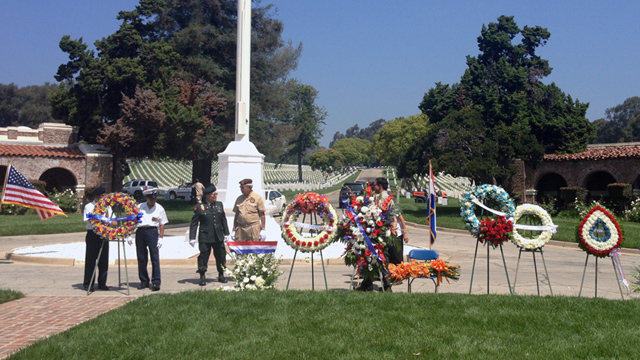 After the wreath ceremonies, tattoo and parade and floral tributes at the memorial, the attendees gathered to reflect about the day with some coffee and cake.

A week earlier, for the first time, a memorial ceremony was held for the Bay Area: HERDENKING 15 AUGUSTUS 1945 on  4 August  at Oakmont Memorial Park-Lafayette, California.  Rudy Moll shares:  It was impossible for many elderly in Northern California to attend the annual commemoration of WWII veterans in Los Angeles.  Henny Neys en Gijs Axt moved heaven and earth to make the 1st memorial in Lafayette a great success.  It was stately, respectful, unforgettable and moving. Thanks to Henny, Gijs and many others, who provided assistance. 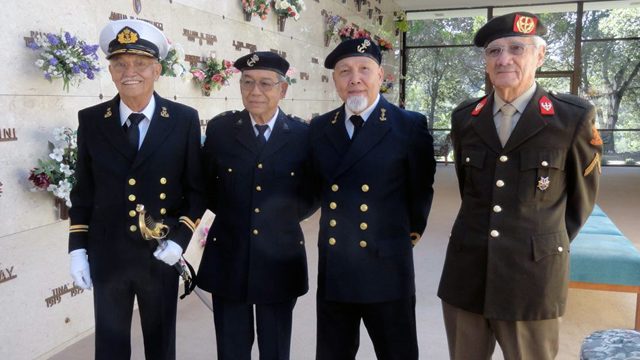 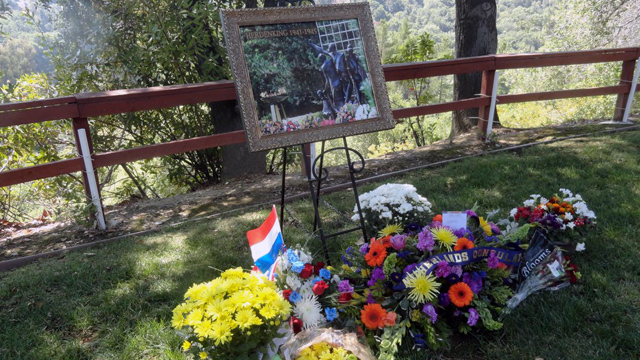 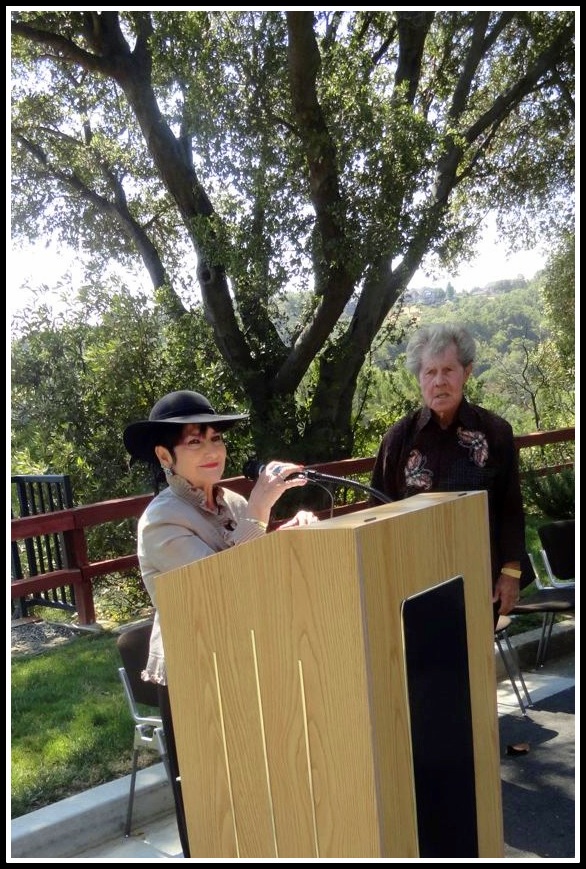