Part 1: Colonialism, Family Relations & the Regulation of Belonging in the Dutch East Indies 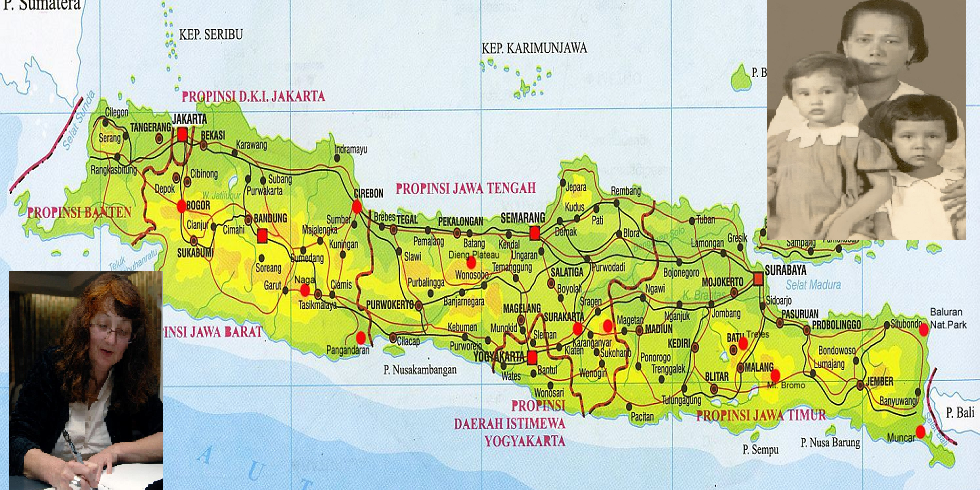 The series is based on PhD thesis (2013) entitled:  Selamat Jalan, sampai jumpa lagi (Farewell, until we meet again): Transcultural family stories from colonial and postcolonial Indonesia

We live our lives in the shadow of other people… Conversely, other people are shaped by our presence in their lives… Others become the metric by which we are measured… whether we embrace or reject what others would have us be, we cannot escape the formative influence they have upon us. (Small, 2009: 10)

Figure 1: Map of Java, where my maternal ancestors are from

During my formative years in Australia, I did not learn much about the Indische mensen or colonial Indonesia. This is not surprising perhaps because, according to Jooste Coté, there has been a somewhat ambivalent relationship between Australia and Indonesia. This has developed from ‘a complex set of reasons’ including the fact that Australia was a colonising nation dealing with ‘a racist past’ who was grappling with its ‘historical paranoia’ about its place in Asia (2005: 15).[1]

With respect to my research, while asking myself the question ‘How do I define the Indische mensen?’ I have kept in mind Wim Willems’ suggestion that ‘Identity formation is ultimately a complex issue’ and reacquainted myself with his ideas about the process of identity formation with respect to people from the former Dutch East Indies (Coté & Westerbeek, 2005: 254 – 255). Willems offers a conceptual schema about identity which views it as ‘a map comprising different shaded regions’ (Coté & Westerbeek, 2005: 254). In this map, he describes at least ‘two regions’ as ‘the country of birth’ and (as people grow older), ‘the realm of childhood’ that includes the ‘landscape’ to which people felt connected. In the case of those who had to leave the Indies, Willems says that three major events also played a role in that identity formation: World War II, the Japanese occupation and the Indonesian independence (Coté & Westerbeek, 2005: 254 – 255).

While growing up in Australia, I never met any Dutch-Indonesians[2] other than my mother and my aunt. In fact, it is only very recently, when I joined the Australia-Indonesia Association in 2009, that I met any Indonesians living in Australia, though I was aware that many Indonesian students were studying here in Adelaide, particularly at Flinders University. As a young person, I knew that my mother was deliberately not mixing socially with Dutch people in Australia. As a young person, this was intriguing and I did not understand the reason because in my mind, they spoke the same language and I thought my mother was missing out on celebrating her own culture. I certainly did not understand that my mother did not regard these Dutch people (what one might call zuiver Nederlanders), as being part of her cultural background.

My mother and her sister were the only Dutch-Indonesians who migrated here in 1948/9[3] that I know of[4]. The one notable exception may be Mrs Annie O’Keefe’s family who were the subject of one of the most famous deportation cases in Australian history. Certainly, at the time when my mother, aunt and Mrs O’Keefe sought to be permanently accepted into Australia, the Commonwealth Immigration Restriction Act (IRA) which had been instituted by Australia’s first Commonwealth Parliament in 1901 still meant that non-British/non-European persons seeking to migrate to Australia would have to pass the infamous dictation test[5] and be unlikely to gain entry (Tavan, 2005: 7). Indeed, restrictions against non-European immigration had been sporadically enacted in Australia since the 1840s and White Australia – the notion of not mixing coloured people with the white people of Australia – was a well-established doctrine (Tavan, 2005: 9). In February 1949, Mrs O’Keefe took Immigration Minister Arthur Calwell[6] (of Ben Chifley’s Labor Government) to the High Court to challenge her right to stay in Australia (with her eight children), after her husband Samuel Jacob (who had been working for the Netherlands Indies Forces Intelligence Service), had been killed and she had married John William O’Keefe their former landlord who was a British subject (Tavan, 2005: 54-55). According to Gwenda Tavan, ‘The O’Keefe case brought the issue of wartime refugees and the certificate-of-exemption system[7] to a head’ and issues of racism in relation to immigration into the media spotlight (2005: 58). Fortunately for the O’Keefes, the Melbourne Herald assisted the family with favourable newspaper coverage and assistance with legal expenses. Mrs O’Keefe (and her family) succeeded in staying in Australia but Calwell then introduced the War-time Refugees Removal Act 1949 which gave the minister power to deport in relation to the idea of ‘aliens and defence’ (Tavan, 2005: 59).

The diaspora from the Dutch East Indies/Indonesia was certainly invisible to me where I grew up on the north shore of Sydney, New South Wales. Recently, my mother told me that she and my aunt were two out of only three ‘non-white’ girls in her class at their Catholic high school; the other girl was an Italian born migrant (Mater, per. comm. 2013). It must have been a strange (and confronting) time to come to Australia. In their case, I was told that family connections in political circles (and their lighter colouring because of a European father) had gained them permanent entry, whilst Riki (their mother), had simply been ‘too dark’ to be allowed to stay. Riki joined other relatives who had ‘repatriated’[8] to the Netherlands.

My mother and her sister were sponsored by the Jewish[9] side of the family who had been extremely lucky to be allowed into Australia before World War II (National Archives of Australia, Record search, 2010). According to Westerbeek, under the Australian Census process before 1986, my mother and aunt would have been classified as Indonesians (Coté and Westerbeek, 2005), despite the fact that the Department of Immigration records cite my mother and my aunt as ‘nationality Dutch’[10] (National Archives of Australia, Record search, 2010). After 1986, the place of birth question was supplemented by a question about ethnicity (Coté and Westerbeek, 2005). 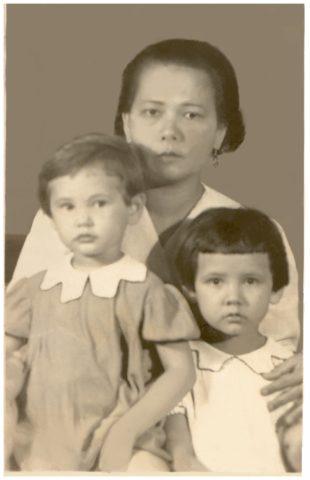 Either of these categorisations is too simplistic and not explanatory enough. My mother and her sister were the children of a marriage between my Javanese-Dutch grandmother (Riki) and my Austrian grandfather (Bruno), who had been introduced to one another in Jember (Djember), East Java by the first husband (Peter) of my grandmother’s sister (Doddy). As a child, I heard three or four languages spoken around me – English, Dutch, Hungarian and German; though not until I was in my mid-twenties visiting relatives overseas (in the 1980s), with a Javanese boyfriend, did I ever hear any dialects of Indonesian spoken. My parents only spoke English between them because my father only speaks fluent English and a little French; my mother’s efforts to teach him to speak in Dutch had apparently failed; so we were not the beneficiaries of bilingual language proficiency, as such; just the recipients of the smallest residue of our ancestral linguistic culture.

The ancestors[11] of my maternal family lived in what is now Indonesia for approximately 150 years, from the early 1800s until the late 1950s.  Some early male ancestors married Dutch women and brought them to Batavia (or elsewhere); later on, others lived with Javanese women (Lutter, 1992). The van der Poel and Berler surnames can be found in the Government Almanac of the Indies 1815-1942 (Regerings-Almanak van Nederlandsche-Indië 1815-1942) – an invaluable source of basic information about those with European ancestry. This two DVD set (in the Dutch language), is known to members and descendants of the Dutch-Indonesian[12] diaspora scattered across the world and to Indonesians[13] seeking to discover more about their European ancestors.

The Javanese ancestors comprised ‘commoners’ (wong cilik) and Javanese Muslim Radan/Raden[14] (royalty/priyayi) – both male and female ancestors who lived in West Java (Jawa Barat), Central Java (Jawa Tengah) and East Java (Jawa Timur). One of my great-great grandmothers (Kanapia) from Probolinggo was (likely) living in a huishoudster (concubine/nyai) arrangement with my great-grandfather Albertus Petrus Gerardus, whilst my other great-great-grandfather, Radan Hadje Abdulhamed Djochria, had made the pilgrimage to Mecca, as symbolised by the inclusion of ‘Hadje’ in his name (Gillissen, 2011) and was likely a village leader.

To add to the complex family ‘melting pot’, my maternal grandfather was a Jew, and (by unofficial estimates), he was one of only about 2000 Jews living in either Java or Sumatra in the 1930s (Cassuto, 2005 – 2011). During the Japanese occupation in World War II (as far as I know), all the surviving members of the family were incarcerated in various POW camps across Java. Meanwhile, my grandfather was executed by the Japanese for being a resistance fighter in the underground (codename ‘Corsica’[15]), operating out of Malang.; my great-grandparents, Hein and Sitie saw their property and business burnt to the ground; Uncle Peng[16] was taken to work on the Burma railroad and was later killed by American submarines whilst aboard a Japanese ship going to Nagasaki. After Indonesian independence, most family members relocated to the Netherlands, though some had taken Indonesian citizenship before leaving. 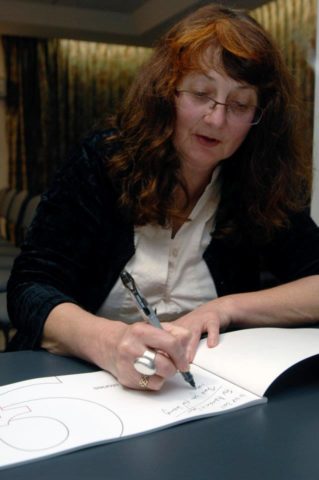 The series is based on PhD thesis (2013) entitled:  Selamat Jalan, sampai jumpa lagi (Farewell, until we meet again): Transcultural Family Stories from Colonial and Postcolonial Indonesia

A thesis submitted for the degree of Doctor of Philosophy

[1] For a detailed discussion of the relationship between Australia and Indonesia, one could read Michael Wesley’s (2011) There Goes the Neighbourhood: Australia and the Rise of Asia.

[2] My meaning here is people of ethnic Javanese and Dutch mix. The term ‘Dutch-Indonesians’ which is used today within the diaspora, (eg on Facebook), more widely applies to various ethno-cultural compositions which include Europeans such as Portuguese, Dutch, Belgians, Germans, French and British, with indigenous Indonesians, such as Javanese, Sumatran, Moluccan, Minahassan etc (Bosma & Raben, 2008).

[3] My mother says that she came to Australia in April 1948, whilst official records (i.e. National Archives of Australia) show 1949 as the date of application for sponsored immigration.

[5] For further details on this and Australian immigration, refer to Gwenda Tavan’s (2005) The Long, Slow Death of White Australia.

[7] This was a system of temporary entry permits for the purpose of business or study and did not require people to a dictation test (Tavan, 2005: 58).

[8] See Chapter 5 for a discussion about the concept of repatriation.

[10] This record refers to the application being made by their great-uncle Ernst Brody to have my mother and aunt brought to Australia as sponsored migrants after World War II.

[11] By this I mean the ones recorded in Dutch sources – not those from the Javanese or Sundanese (or other) groups which the Europeans married. It is impossible to trace back with any certainty the ‘native’ ancestors – though I have, more recently, discovered and met Indonesian relatives in Java.

[12] This is a general description which is used, for instance, by members in the disapora but which includes various metis family groups with European and Asian ancestry. For instance, I came across people with Chinese-Scottish ancestors who identified as part of the diaspora.

[13] I was surprised for instance that my cousin in Yogyakarta had a copy when I visited her in 2011.

[14] Before the Dutch came, there were many kingdoms across Java were controlled by royal families.

[15] The underground is discussed further in Chapter 5 of the thesis.