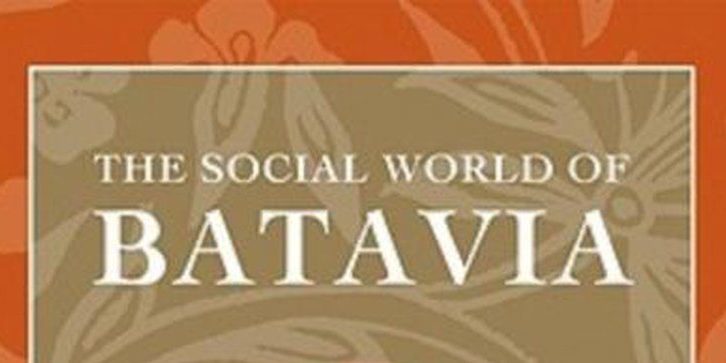 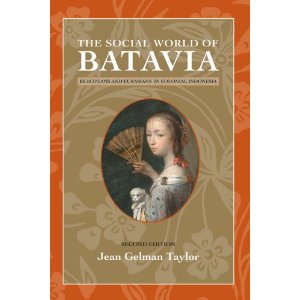 This is probably one of the most complete literature of Dutch-Indonesians you could find. Written in readable language, this book contains valuable information for any Dutch-Indonesian who is curious of their history.

During the colonial period the Dutch made social caste to divide people according to their ethnicity: Dutch/European, Creole (Dutch/European born in Batavia), Asians (oriental people), Eurasian, and the bottom was Indigenous people. It’s interesting to note the striking difference of social life in Indies and Netherlands.

The Dutch government had many times voiced their concern over the Creoles and Dutch people in Batavia of being too Asian. Dutch language must compete with Malay and Portuguese, and it was not easy to replace them with Dutch. This book also answers why Dutch was never successful as English, because the colonial government feared the spread of Dutch language to non-dutch will increase their accessibility to knowledge.

Speaking Dutch language was considered prestigious. If Dutch wanted to promote Dutch, it means they must build schools for natives, educating them in European manners, making them more educated. It should also be noted that pure Dutch never thought Eurasian/Indo people as “Dutch”, but rather, second class citizen with Asian blood which they thought derogatory. Officially, Eurasians was European, but in practice, they were considered second-class citizen. They were having complex to the pure European and tried to conceal the Asian blood as best as possible. This condition will turn upside down when Japanese invaded Indies and put European in the lowest caste. The Eurasians now trying to deny their European heritage and desperately trying to convince the Japanese administration of their Asian blood.

While the book received praises from its readers due its readability and comprehensive information, ironically it almost receives no attention in the Indonesian’s booksphere, it’s understandable since Indo’s existence is virtually erased from Indonesian timeline. Modern history books used in schools rarely mentioned about Indo. Bersiap, the infamous period that brought traumas to most Indos was not part of Indonesian collective knowledge.

This book could be used as introduction to the 2nd and 3rd generations who are probably puzzled and confused of their heritage due to decades of cultural alienation and wondered how their ancestor lived in motherland. As a 3rd generation who is passionate and trying to rediscover my lost heritage, I found this book as one of the greatest contribution to our forgotten history.