Back Pay and War Damages. How the Netherlands has dropped the ball in contrast with other Allied countries 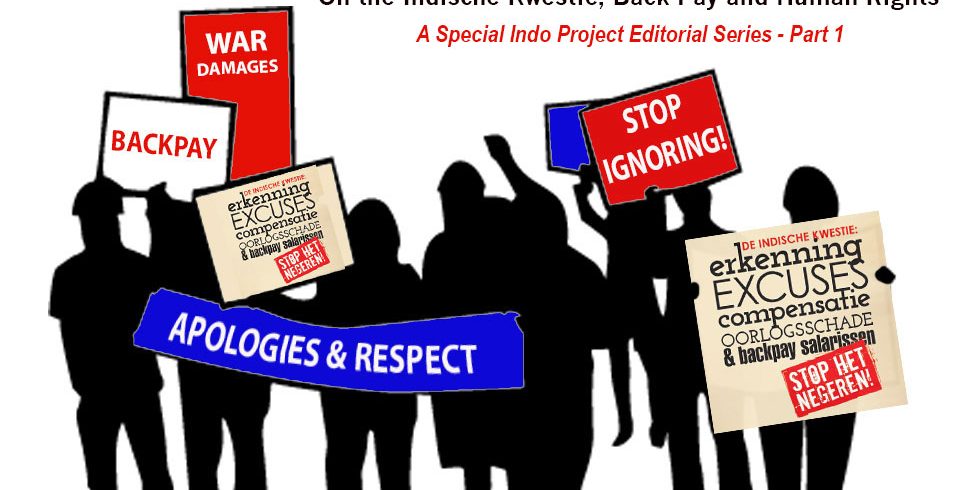 On the Indische Kwestie, Back Pay and Human Rights

Harry Francken, who became the main character of my book Silenced Voices (Athens: Ohio University Press, 2008), returned to the Netherlands in 1946 with his widowed mother. They had lost everything except for the clothes on their back. Harry’s father had been tortured and starved by the Japanese and had died in Sukamiskin in Bandung, only months before they were liberated. In addition, Harry’s older sisters had been massacred in the Gubeng Transport, one of three major bloodbaths during the Indonesian Revolution in Surabaya (October 28th, 1945).

Once I started interviewing Harry, I asked him several times whether he had received any form of reparations or compensation from the Dutch government. The Netherlands, after all, is a wonderful country where welfare, health care, pensions, and subsidized care are readily available for those who are eligible and in need.

It seemed only natural to me that Harry’s mother would have received a war pension because of the death of her husband, Peddy: declared a spy and resistance fighter in a Japanese Military Tribunal, he had been sentenced to 15 years in prison and ultimately died for his Queen and country. Resistance fighters who fought the Nazis in the Netherlands all received special pensions for that. Harry’s mother, on the other hand, had never received a single cent, even though she had received a formal letter from Queen Wilhelmina in which the Queen had more or less acknowledged Peddy had died a hero, under atrocious circumstances.

Harry would always shrug and once mentioned Stichting Pelita, which helped out war survivors like him: “I had to prove,” Harry said, “that I had been traumatized by the war. If I had lost a limb that would have been much easier to prove than any mental damage.”

PTSD may not have been known and recognized very well in the years after the war but even admitting to mental damage meant countless of prying interviews. For survivors of the Bersiap, the period of lawlessness and extremist violence against the Duch, Indos, Chinese and others, such interviews were a sure way of slicing open the scars and rubbing salt in sensitive wounds.

Harry passed on the interviews and thus passed on any form of compensation or help. You would think that the evidence of having lost his father due to Japanese torture, starvation and lack of medical care, and two sisters lost in an anti-Dutch massacre would have been sufficient proof of damages, and certainly mental damage. And then I’m not even mentioning the horrifying years he and his family spent in a Japanese internment camp. Some background is in order here when it comes to the camps: compared to the death rate of 4% of German and Italian POWs (and of course this excludes the concentration camps), the death rate for Japanese POWs was 36%.

In 2015, the Dutch government (which was, as such, the last Allied government to do so) decided to bring about some form of back pay after all and settle this neglect of the Indies and Indo community once and for all by doling out a one-time payment of 25,000 euros to surviving civil servants and soldiers of the war in the Dutch East Indies (a mere 1100 people in total).

Children or widows of these victims, many of whom had been starving and abused in camps and had lost siblings/children and assets, because daddy or hubby worked for the colonial/Dutch government, were not eligible. If daddy had died, the money would not go to the widow or any surviving children, nor would it go to the estate of the family, some of whom had been waiting a lifetime for any form of recognition. Clearly, if Harry had lived, he would, once again, not have been eligible, let alone be fully recognized as a true victim of WWII in Southeast Asia.

Other Allied governments, most notably the American, Australian, Canadian, British, French, New Zealand and South African governments have been much better about recognizing and paying back their war victims.

Not paying the victims is a violation of the Geneva Convention and the provision that “POWs required to undertake work [are to be] compensated at the applicable daily rate for a laborer of the interning country.” Canada, Australia, France and the UK acknowledged this in government decrees, and finally decided that this human rights’ violation needed to be paid for by the governments themselves when money paid out by Japan to the different governments were far from sufficient.

This means that if Harry had been American, Australian, English, French, or had been from New Zealand or South Africa, he and his mother would have been helped out with extra compensation, reparations, a pension, disability care and/or extra health care.

The British also advanced payments to buy furniture which victims didn’t have to pay back. Indies and Indo people, on the other hand, were obliged to pay back every cent of advances made by the Dutch government for both the boat ride to the Netherlands and the food and housing they received in the so-called “contract pensions”.

Abiding by the Geneva Convention, the American government paid ex-POWs $37.50 for every week spent in the camps, in addition to an extra $60 per month per adult and and extra $25 per month for every child under 18.

The French already put a law in place in 1946. If people had no inventory of what had been lost, a family would receive 90,000 francs, no questions asked. In 1977, another law made available billions of francs to address household and real estate damages from WWII.

The contrast is telling. Not only was the Netherlands dragging its feet in paying out the remaining victims, all the other Allied countries included widows and children (that is, all people who had essentially been interned), and in the case of Australia, when the victims had died already, the money would go to the family’s estate.

So what went wrong in the Netherlands? How could The Netherlands, a country and champion of great humanitarianism and equality, turn such a blind eye to a large group of Dutch nationals, who, when it came to suffering in WWII, had not only lost more relatives than the Dutch at home (with the exception of the Dutch Jews), and had basically lost everything upon leaving the Indies?

This is essentially what the Indische Kwestie is about.

In the next few articles, I will explain in more detail how this matter was deferred, covering a period of more than seventy years of neglect, lack of recognition and/or payments. This is not only an unjust and unfair treatment by the Dutch government over the years, but in terms of human rights, one wonders whether this doesn’t constitute an egregious human rights violation which should ultimately get an open and fair hearing in the international press and court(s). 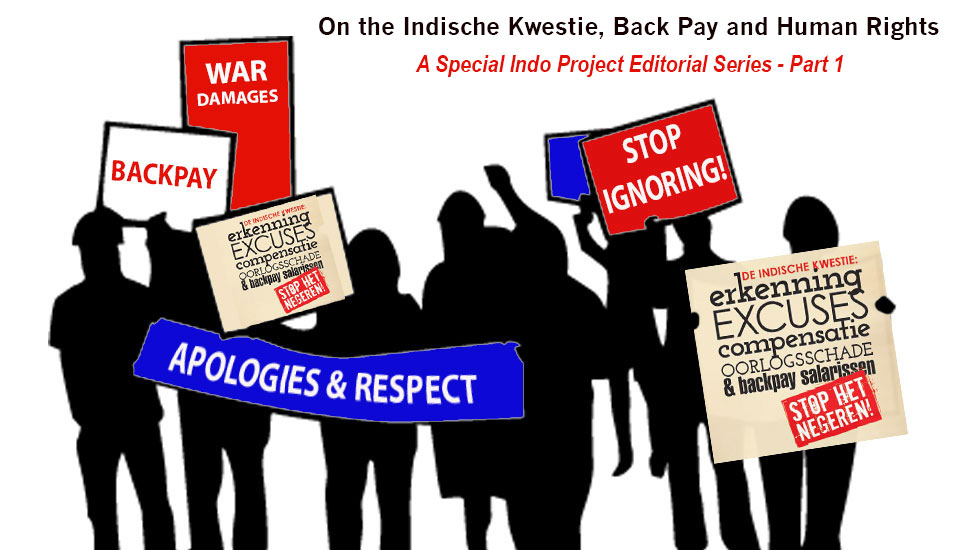