An Indo ‘Doddy’ in Real Life and in Fiction. 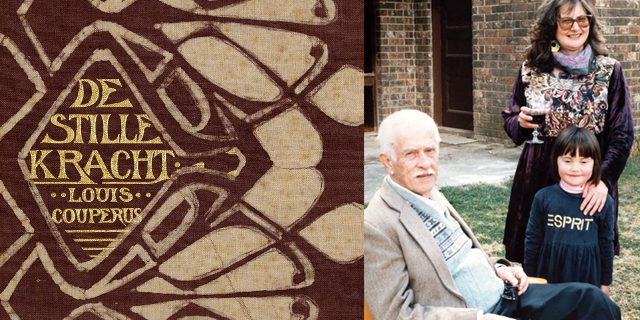 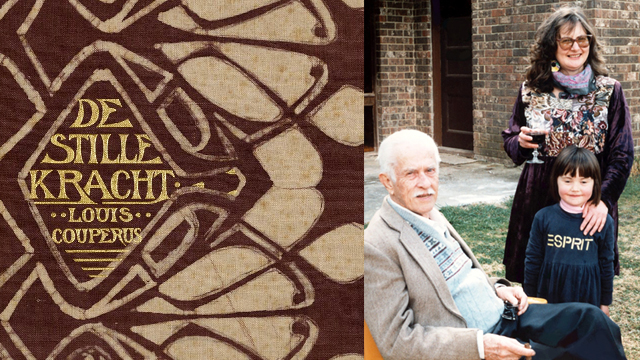 The following is a story about my great-aunt Doddy. Was she named after Louis Couperus’s Doddy in his famous novel, De Stille Kracht (The Hidden Force), I ask myself? If not, then there are still many parallels about her and the novel’s character, who is the ‘mixed-blood’ daughter of the main character, Van Oudijck.

The novel’s main narrative (of a conflict between two powerful men) carries underneath a subtext of illicit sexuality, dangerous liaisons, and the issues around racial interbreeding (Pattynama, 1998: 104). Both the real Doddy and the fictional Doddy are painted as Indo temptresses who carry the negative traits of miscegenation and threaten the stability of the white, male-dominated Dutch colonial order.

[…] in Java, death is in the air. It hovers around you in the smile of a woman, in a glance, in a fascinating gesture, in the undulations of a dress. There, if you have the conceit to want to fall in love and to indulge your weaknesses – you will quickly perish […] (Honoré de Balzac)[1]

Gerarda Debora van der Poel was born in Rangkasbetoeng (Rangkasbitung)[2] in West Java on 26 October 1916. Her nickname ‘Doddy’ was not something I knew the origins of; just as I had no idea why her brother Albertus Hendricus was called ‘Peng[3]’. I was curious as to why my great-uncle had this nickname and initially, I imagined that perhaps he had a long Oriental plait and wore a Chinese smoking jacket but seeing him later in a photo[4] seemed to dispel this notion. Others in the family had nicknames too. For instance, one of Doddy’s sisters was ‘Noor’; her eldest sister was called ‘Riki’ or even ‘Rik’. Indeed, most of her siblings were referred to in the family by affectionate abbreviations of their birth names.

Doddy and her siblings did not grow up in the bustling cities of West Java but in the more remote area of south eastern Java. Accustomed to a large entourage of servants, Doddy lived like many wealthy Indische mensen of the time, in close proximity to less affluent local families, many of whom were employed on the farm in Puger (Poedjer) by her father. Doddy lived here and at the townhouse north of Puger in Jember (Djember).

The servants’ quarters in the town house were set up as in many other Indische households, at the end of a long verandah, near the kitchens and laundry areas. Too many to name individually, the servants came and went quietly about their business, whilst Doddy knew little or no domestic labour. Later, however, when she was married, she did accept responsibility for three of her siblings who came to live with her and her first husband so that they could go to school.

Doddy was always a figure of mystery and sensuality; the story of her love life, a tale ripe with intrigue. In the van der Poel family, she seemed like the exotic temptress who used her looks to gain greater and greater physical comfort and financial prestige. She reminded me of the actress Hedy Lamarr who had appeared nude in a Czech film in 1933. Both women were cast as dark goddess-figures who lured men into their spidery webs of romance. I always liked Hedy Lamarr and wondered if there was more to her character than the tabloids of the time had portrayed[5]; so, in the early twenty-first century, I was delighted and amazed to discover that she was finally being recognised for a significant technological invention. Similarly, I hoped to discover that Doddy had another side which would redeem her from the social type-casting to which she seemed doomed.

Growing up in Australia, I never met my great-aunt Doddy who, after World War II, lived in the Netherlands. My mother always emphasised the fact that she had four husbands and this made me all the more curious since, in my youth, I had not managed to stick with one long-term partner. Perhaps we had something fundamental in common, I thought.

Coupled with the idea of the four husbands was the notion that all of them were ‘blonde-haired, blue-eyed Dutchmen’ – progressively taller, richer and more handsome. ‘No mean feat’, I thought, ‘especially considering that Doddy was getting older each time she married. She must have been very beautiful’, I concluded, ‘with looks that stood the test of time’. (Sadly, I never attributed the power of her attraction to other factors: character, intelligence, social skills.)

For most of my life, Doddy would remain a complete mystery. Even when I visited the Netherlands in 1982, we were not introduced. Aside from her reputation as a ‘temptress’, there were murmurings that she had not been a good mother to her only child. My mother had mentioned that her parents, Bruno and Riki, had offered to adopt Doddy’s son though the situation had never eventuated. My mother told us of playing with ‘G.’ – Doddy’s only child – always speaking of him with tenderness and pity. At the same time, she also told me that, after her first divorce to G.’s father, Doddy had been left without adequate financial support (though this did not seem to explain why she had treated her son so harshly, punishing him with physical violence when he was only a small child). It was a disconcerting picture: seducer of men and bad mother[6]. I was sorry that I had no other information to counter the negative judgements.

In 1994, quite unexpectedly, I was introduced to Doddy’s first husband. Peter had been my grandfather Bruno’s best friend. Indeed, because of his friendship with Peter and Doddy, Bruno met (and then married) my grandmother Riki, Doddy’s older sister. Divorced for what seemed like an eternity – 50 years or more – he (Peter) still seemed to ‘carry a torch’[7] for Doddy. He was delighted to meet her female relatives and paid ample attention to us. I have a photograph from the first occasion that we met in the Blue Mountains of NSW. Though he was an elderly gentleman, he still had a deal of charisma and I wish I had asked him more about my great-aunt. I guess I imagined there would be many other occasions yet to talk about the past. (I wondered if he saw any of her likeness in us, though again, I left too much unsaid.)

Sometime later, Peter’s other son A.[8] unearthed a photograph of Doddy. Perhaps, it was after Peter had died, though I cannot now remember the order of those events. The black and white photograph was taken in the 1930s (I think). Here Doddy is a petit and charming figure standing between two Dutch men. She looks as though her skin is silky; her eyes ‘burn with the languid beauty of a gazelle’[9]. Tellingly, her head is turned towards the taller man and she gazes with the eyes of a lover – one who has already crossed the threshold of the most intimate acts; one who has already betrayed her husband standing on the other side of her. The men are sharply contrasted by their looks – one seems ordinary, the other seems heroic. The lover towers over Peter and Doddy like a Viking. (Sadly, I did not have the foresight to ask for a copy of the photo and later, it was destroyed in an act of familial vengeance.)

Aside from my great-aunt, I have never heard the name ‘Doddy’ in any other context until today. Reading Pamela Pattynama’s essay ‘Secrets and Danger (et al)’[10], I see that ‘Doddy’[11] is the name of one of the characters in the renowned novel, The Hidden Force (De Stille Kracht). In this case, Doddy is the seventeen-year-old ‘mixed-blood’ daughter of the colonial administrator, Van Oudijck who also has a twenty-five-year-old ‘mixed-blood’ son called Theo by his first marriage to a “good looking nonna” of Indo-European background.[12] The narrative is driven by the antagonism between Van Oudijck and the Javanese regent Sunario, as well as by the entangled web of interracial liaisons between Van Oudijck’s family members and others.[13] As a totok[14], Van Oudijck is the central character in a colonial drama in which all others are marginalised.[15]

The Hidden Force (De Stille Kracht)[16] was written in 1900 on the cusp of a new era in social and political relations in the Dutch East Indies.[17] As Pattynama suggests:

…the time-honored social rules of mestizo Indo culture, with its constant blurring of racial boundaries, were to be repressed in order to make way for a Eurocentric Indies with clear-cut barriers between rulers and ruled. Just as the tolerance of interracial sexuality and miscegenation had been pivotal in earlier centuries, its condemnation became crucial to twentieth-century colonialism.[18]

The characters in the novel are depicted within a ‘literary tradition of naturalism’ which is synchronous with the narrative’s racial discourse[19]. The physical features of each character are indicative of their inner life; hence, Doddy’s ‘dark features’ are signs of her ‘precocious sexuality’[20]. Perhaps her looks also indicate the closeness that she has to the mysterious powers inherent in the spiritual environment, which can be harnessed by those with ‘native’ blood who can then manipulate and frighten white Europeans.

When she shows interest in the ‘half-caste’ Addy de Luce, Van Oudijck fears for his own prestige and for Doddy’s future, desperately wanting his daughter to marry only a ‘full-blooded European’[21]. Van Oudijck’s attitude exemplifies ‘the colonial politics of modernity and apartheid’ taking place in the twentieth century, where the ‘boundaries between European, Indo-European, and aristocratic Javanese families’ are becoming more distinct[22].

Although written more than a century ago, Louis Couperus’s novel still exerts a strong attraction for Dutch readers[23]. In the 1970s, it even became a TV series where it embedded itself further in the public imagination[24]. Pattynama suggests that The Hidden Force (De Stille Kracht) ‘haunts and captivates[25]’ readers in the Netherlands because it involves the seductive ‘taboo of miscegenation’[26].

I wondered if my great-aunt Doddy’s parents and siblings ever read the novel. Is that why she had been given her nickname? (It would be hard to imagine that a novel as popular as The Hidden Force would have been unknown to them.) And what of Doddy van der Poel’s four husbands – did they see her as possessing a ‘hidden force’ of her own? Was she an exotic, Indo temptress or just an ordinary woman with a strong ambition to better her situation by the only means available to her? Was she a bad mother or just a woman under pressure who momentarily lashed out at her dependent son? It seems to me that she was subject to the colonial values of the early twentieth century that positioned her as ‘an object of the male gaze’ and a ‘creole femme fatale’[27].