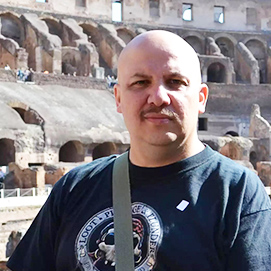 Jack comes to us from Canada He was born in Oegstgeest in The Netherlands and after immigrating with his parents and older sister Kaidja, was raised in the Niagara Region of Ontario.

Jack hails from a longline of military family members, having served himself in the Canadian Armed Forces Reserve for nearly 30 years. Currently he is employed as a Security Officer at Fallsview Casino Resort in Niagara Falls, Ontario, Canada.

In 2007, Jack created the Old Dutch Indonesian Community on Facebook. He is also a Certified Freelance Writer and will now be using his skills and the ODIC to help further the causes of The Indo Project.