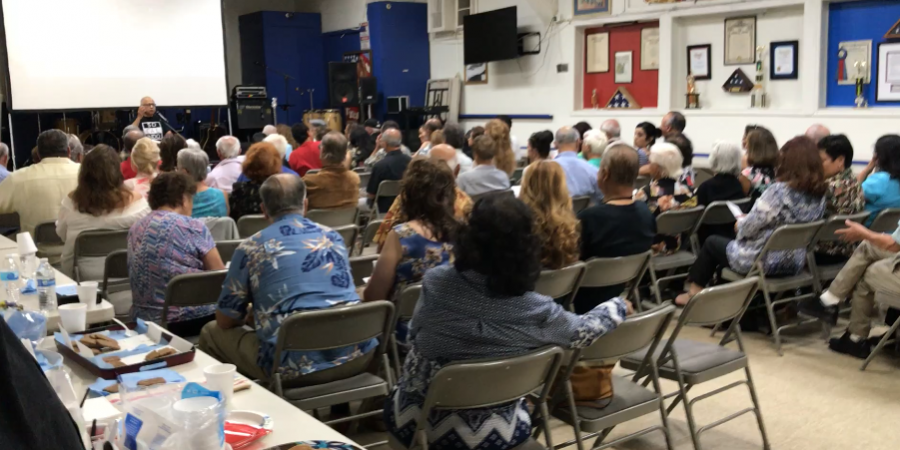 It was a warm Saturday afternoon, on October 7th, when more that 150 people came together at the American Legion in Azusa, for  the 4th annual TipTalks: an educational seminar and social event sponsored by The Indo Project in cooperation with SoCal Indo social group.  It was a good mix of 4-generations, varying from Omas and Opas, Kids and Grandkids, to Ooms and Tantes.

This event was purposefully organized to include all generations. We encouraged questions to be asked and memories to be shared about that turbulent WWII and the Bersiap (Indonesian revolution) period in the former Dutch East Indies.

Usually, when Indos come together, it is all about FOOD, MUSIC AND DANCE.  For this event, we also included education.

Indo people, especially the older generations, like to come together and celebrate at Clubs like the AVIO and our annual UNO Holland Festival in Long Beach. Unfortunately, all the other Clubs have closed down, as memberships were  dwindling. It’s good to see that older and younger generations are connecting again, this time on the internet, on social media platforms like SoCal Indo.

The program started at 2pm. After some opening speeches by myself, Michael Passage, and Ben Von Stockhausen, a 10-minute documentary was shown about the graveyards of the Dutch people who stayed behind. The main feature, followed a man and a woman in the turbulent decade from 1939 till 1949 in the former DEI. This dramatic movie included news reel footage from the Bersiap.

Like in the Netherlands, we notice that the younger generations in the USA are asking questions about their identity or that Indo part they feel related to. We see that increased interest during the Holland Festival where younger people visit The Indo Project booth. We can see that urge to belong and connect with people who share a similar heritage. Americans with roots in the former Dutch East Indies and the Netherlands can now connect online (SoCalIndo).

When it comes to educational material or movies and documentaries, most of it is in the Dutch language. The Indo Project, as an official international non-profit organization, was established with the aim to educate and raise awareness, among the English speaking public about our rich heritage. To capture the remarkable assimilation of Indos in their respective adopted countries. We are a dedicated group of Indos and Indo supporters who share the premise that our history and culture needs to be preserved in the English language.

It’s good to see that more younger Americans with an Indo background are becoming interested in their heritage. We notice they ask questions online on several social media platforms. We would love to see more of them join us for educational seminars like TIPTALKS and for the annual commemoration service around the 15th of August at the National Cemetery in Los Angeles.  I went through the same process, where I started asking questions and had this urge to preserve that what is so unique about us–that what is part of our identity. To answer some of these questions, English subtitles were added to the movie we showed during our TipTalks event, thanks to the hard work of Ben Von Stockhausen and Michael Passage. 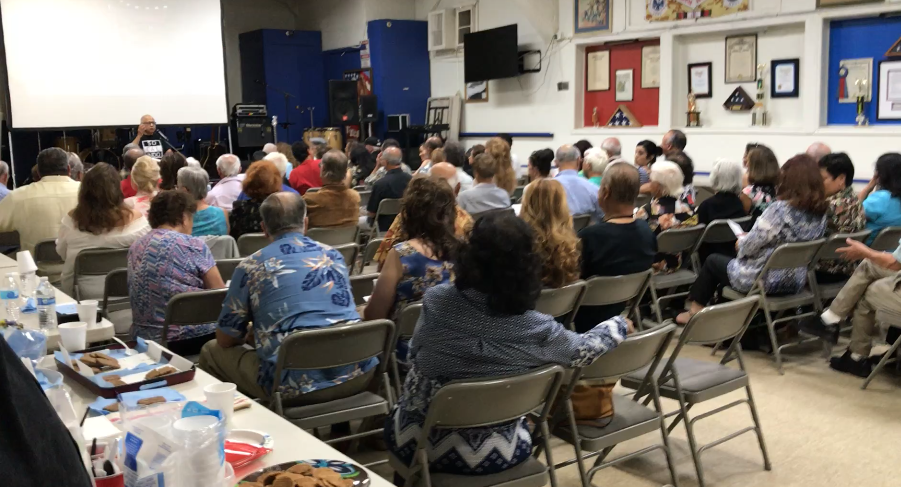 I talked about fond memories being shared by people who lived and worked in the former Dutch East Indies, stories about the good old days. Stories about the bad times were not often shared as much. In some cases that part of history was blacked out because it was difficult for some to talk about. To understand and fully appreciate our heritage, we also need to know more about those times. To complete the picture, we should also know about the hardship, survival during the period of the Second WWII, the Indonesian revolution, about families being uprooted and having to start all over again in a new country, the sacrifices made to give the younger generation a better future. The success stories about starting anew in this beautiful country the USA!

Before the main feature, a short documentary was shown about the honor fields in Indonesia:

After the main movie, Ben Von Stockhausen moderated the discussion. People were asked to share their memories of that turbulent period. Some shared very emotional stories.

Most people stayed after that session and joined us for dinner. A delicious Nasi Rames was provided by Chicky’s catering. The SoCal Indo band by Jason Arlington and friends, gave us familiar tunes to dance to. The event closed a little over 9pm.  The TipTalks event was a success and had the highest attendance to date.

We are hoping to schedule another TIPTALKS  in the Spring of 2018. We are always looking for volunteers to join TIP with their mission to create awareness and educate. If you are interested send your details to info @theindoproject.org.

For an impression of that day: check the movie on YouTube