A Short History of the Indo-Europeans of the Netherlands Indies 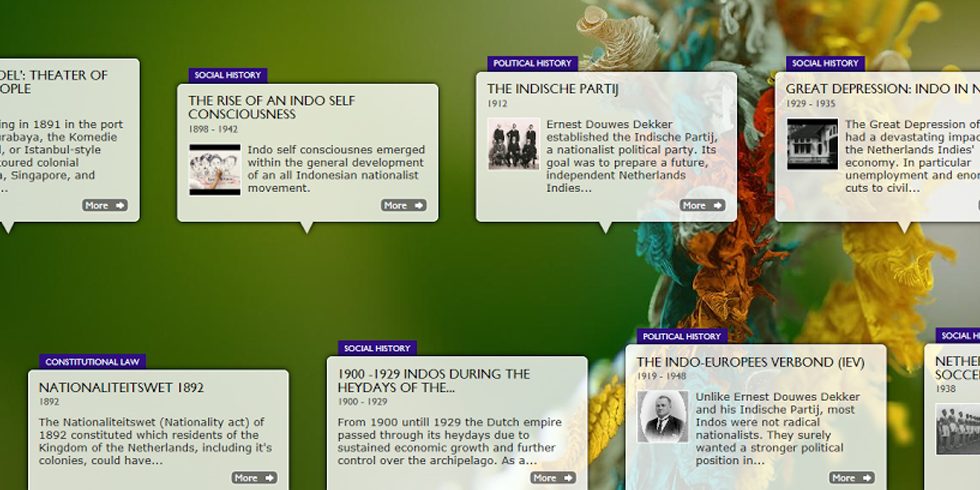 The loss of the Indies after handing over sovereignty to Soekarno’s, Indonesia in 1949, must have affected Dutch political leadership, business, and veterans to such a degree that two generations of historians and political scientists considered the postcolonial era as a ‘no-go area’. The third imperial nation (after Great Britain and France), had to face the humiliation of a Japanese defeat, followed by an unfortunate war of decolonization against Indonesian nationalists, and finally the enforced exodus of citizens—events that all became too painful and dramatic occurrences to revoke.

A major effect of this ‘only-looking-forward’ state of mind has been a lack of significant historical research during the last 40 years. In the meantime, Indo immigrants or ‘repatriates’ (many arrived in a country they had never seen before) had to undergo the Dutch policy of cultural and social assimilation. In a period of unprecedented and sustained economic growth, the newly arrived immigrants were able to share in, until then unknown, prosperity. For many Indos, this waiting state of mind was worth not looking back to the good old days or ‘tempo dulu’.

Later, Indos realized the price paid for this focus on future prosperity, may have been too high. The easy assimilation into the dominant monolithic Dutch society made them forget the government still had outstanding bills to pay. Former prisoners of war and interned civil servants are still waiting for salaries and pensions to be paid. Owners whose real estate, shares, bonds, works of art, and loans that were destroyed or confiscated by the Japanese or Indonesians, have never been financially compensated. This is the so-called ‘Indisch rechtsherstel’. It was recently revealed that the Dutch government had been sloppy in informing former workers of the Birma, Siam railroad about the financial compensation Thailand paid in 1954. Finally, the loss of Indo cultural and ethnic identity, as a result of successful integration into Dutch society, should be emphasized.

The Indos authentic culture, which was born out of over three centuries colonialism in the Indonesian archipelago, was silenced after its arrival in the Netherlands. Indos were prevented to manifest political and social discomfort. This explains why the backpay and rechtsherstel issues are still pending.
Worse, is the Dutch government’s reluctance in supporting critical research of decolonization and its aftermath—an action that actively neglects Indo history. Indos don’t feel acknowledged by the Dutch government. The real pain is the impersonal, ‘cold’, and clinical approach Indos experienced after arriving in the Netherlands. Some felt considered as a ‘lesser kind’ of Dutch citizen. Most of them kept silent (‘Indisch zwijgen’) and worked hard to be successful in a low profile manner.

The silence of first generation Indo migrants prevented the next generation access to their Indo history and roots. The third generation, surrounded by many new ethnic groups, started to search for their roots and identity. Helped by the rich resources of the Internet, people were able to learn about the history of their ‘opa’ and ‘oma’, or their other family members.
The fourth generation of Indos, despite the availability of (online) historical resources in general, is showing less interest in their Indo heritage. For those younger generations who speak English, first hand resources in Dutch and Indonesian are not accessible. Their own history is becoming more invisible and even more undetectable.

Discovering and spreading historical knowledge is a humble, but necessary, step to halt or slow down this process. Bringing history to younger generations requires one to admit the facts and events exposed by appropriate design. In this digital era, where you can experience history by pictures, movies, and audio is as important as reading books and articles. This is why a concise and online timeline should contain essential texts as audio-visual content as well. The creators and administrators of the timeline believe in the power of Indo communities all over the world to adjust, add, and improve this timeline version ‘1.0’. So I hope, particularly The Indo Project and it’s sympathizers, will help to develop the timeline into a tool forwarding Indo history to next generations. 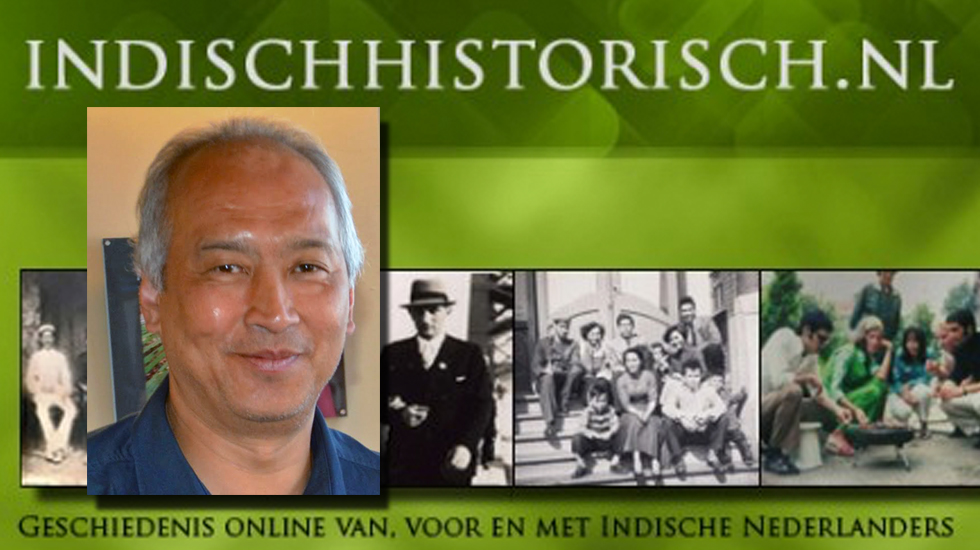 About the author and creator of the timeline:
Humphrey de la Croix (Modjokerto 1957) is a Dutch historian specialized in the history of the former Netherlands Indies. His father was an Indo from Madiun and his mother a Jombang born Javanese. After graduation, Humphrey de la Croix was appointed as legal and historical researcher for the public retirement fund ABP. In this office, he had interviews with thousands of former victims of the Second World War in the Netherlands Indies and other regions of the Far East. Humphrey de la Croix is the editor-in-chief of www.indischhistorisch.nl, an online historical magazine. IndischHistorisch.nl encourages older Indos to tell the stories of their life in and after the colonial period, and supports them to record their information by publishing or directly forwarding stories to their children and grandchildren.