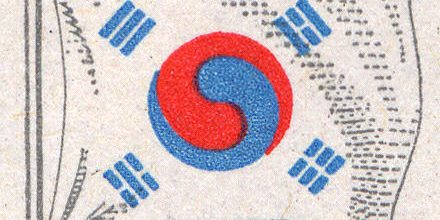 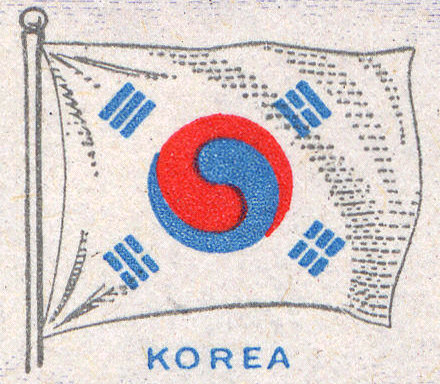 Keeshonden (The national dog of the Netherlands) are part of our family. A  Korean veterinarian who completed his internship in the Netherlands opened a practice in town. His experience and medical knowledge made us loyal clients. During the 14-year span of knowing this man, he always maintained a certain distance.

More accurately, it was a disdainful reserve. My American husband had no trouble communicating with him. It hurt me deeply that Dr. Hahn was buddy-buddy with my American husband and literally ignored me. When I did work up the nerve to ask him a direct question, he answered in an emphatic and autocratic manner.

Eventually, I let my husband take our Keeshonden to the vet without me.  Yes, I could have easily changed veterinarians and put the awkward situation to rest. Yet, something I couldn’t articulate held me back.

My husband was out of town when our 15-year-old Keeshond, Katjie lost her battle with congestive heart failure. I asked Dr. Hahn to euthanize her in our home, her home. The thought of that day still brings tears to my eyes.

My poor Katjie was indignant about seeing the ‘dreaded’ vet in her living room. As a means of calming her, he asked me to give him a tour of the house. As we walked into the hallway, he held his hands behind his back and viewed my family photos. At the end of the hall, he spotted a large photo of my mother.

This self-contained man ran to the photo and exclaimed, “Who is this?”  I sighed, “That’s my mother.” In disbelief, he placed his hands on his temples and staggered backward. Dr. Hahn pointed at another photo– and in mild irritation I answered, “That’s my aunt.”

In speechless shock, he turned on his heel and looked at me. Finally, the words tumbled out in broken English, “Maja, you’re an Indo! Why didn’t you tell me you were an Indo? I thought you were Dutch.”  In confusion I whispered, “It never came up in conversation.”

The man stepped back and took a long intrusive look at me. The blood drained from his face and he blurted, “Maja, Oh Maja what HAPPENED to you?”  I pointed at a picture of my blonde Frisian father, “That’s my Father.”

A forlorn expression crossed his face and he murmured, “Do you like the way I look?” An odd question, but I knew what he meant– do you accept me as an Asian. I didn’t bother to answer I kissed his cheek and smiled.

Over the years, we shared countless family stories over Korean-Indonesian potluck dinners. Ja-Hoon Hahn lost his grandparents to the Asian Holocaust of WWII and many relatives to the Korean War.  In the Netherlands, he had some ‘negative experiences’ with the Dutch prejudice.  The Indo community embraced him as a native son.

Our dear friend passed away several years ago. His last words to me were, “You have a very big heart.” Ja-Hoon was a North Korean, a South Korean, an American and an Indo at heart.