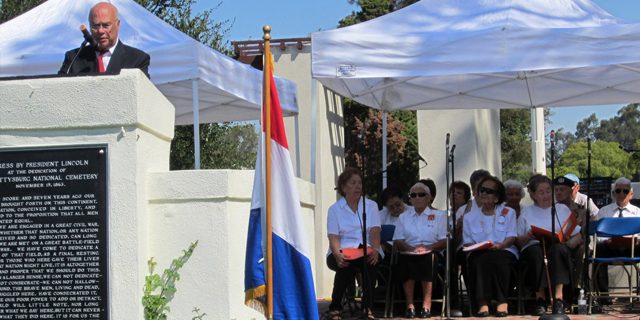 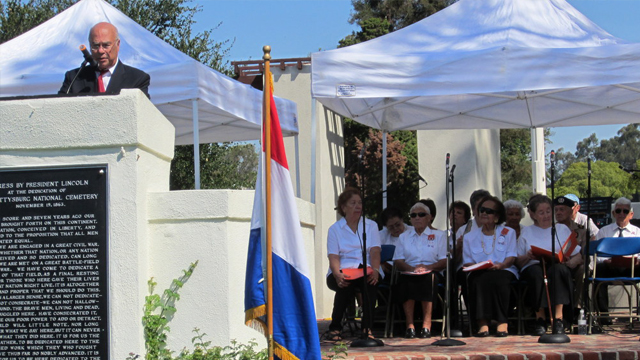 This years’ annual memorial ceremonies presented by the ‘Comité 15 augustus 1945’ was held on Saturday August 11, 2012 at the Los Angeles National Cemetery. The President Mr. Auke Mensink welcomed  the attendees gathered to commemorate those Dutch service men and women and citizens that lost their lives during WWII in the Dutch East Indies. Also remember were those who died during the ‘Bersiap Period’.

The Memorial Choir sang the hymns: ‘abide with me’, ‘Beveel gerust Uw wegen’, ‘be not dismayed’ and ‘whispering hope.’

After the wreath ceremonies, tattoo and parade and floral tributes at memorial, the attendees gathered to reflect about the day with some coffee and cake. 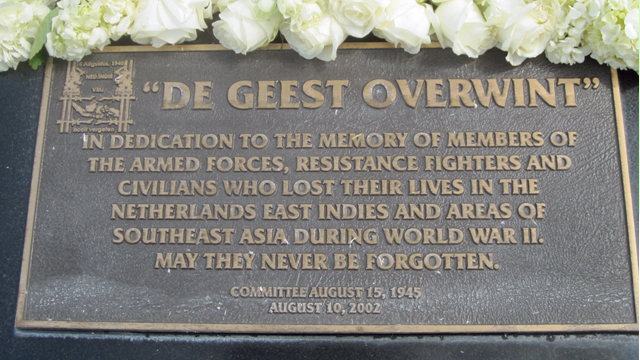 Picture of the memorial slab at the LA Cemetery – where people gave a floral tribute.

Also present at the memorial day: Johan van Tilburg (Honorary Consul of the Kingdom of the Netherlands in LA) and Henny Neys. Both  recipients of the Dutch American Heritage Award – given by the Netherland-America Foundation in SoCal.

In the evening there was the annual ‘bevrijdingsbal’ (liberation ball) attended by over 200 members of the Dutch-Indonesian community. 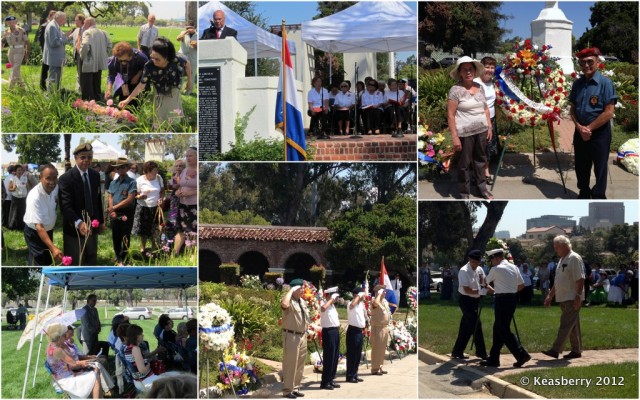 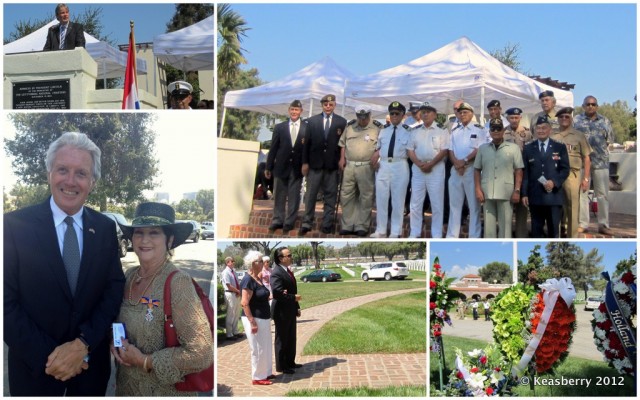