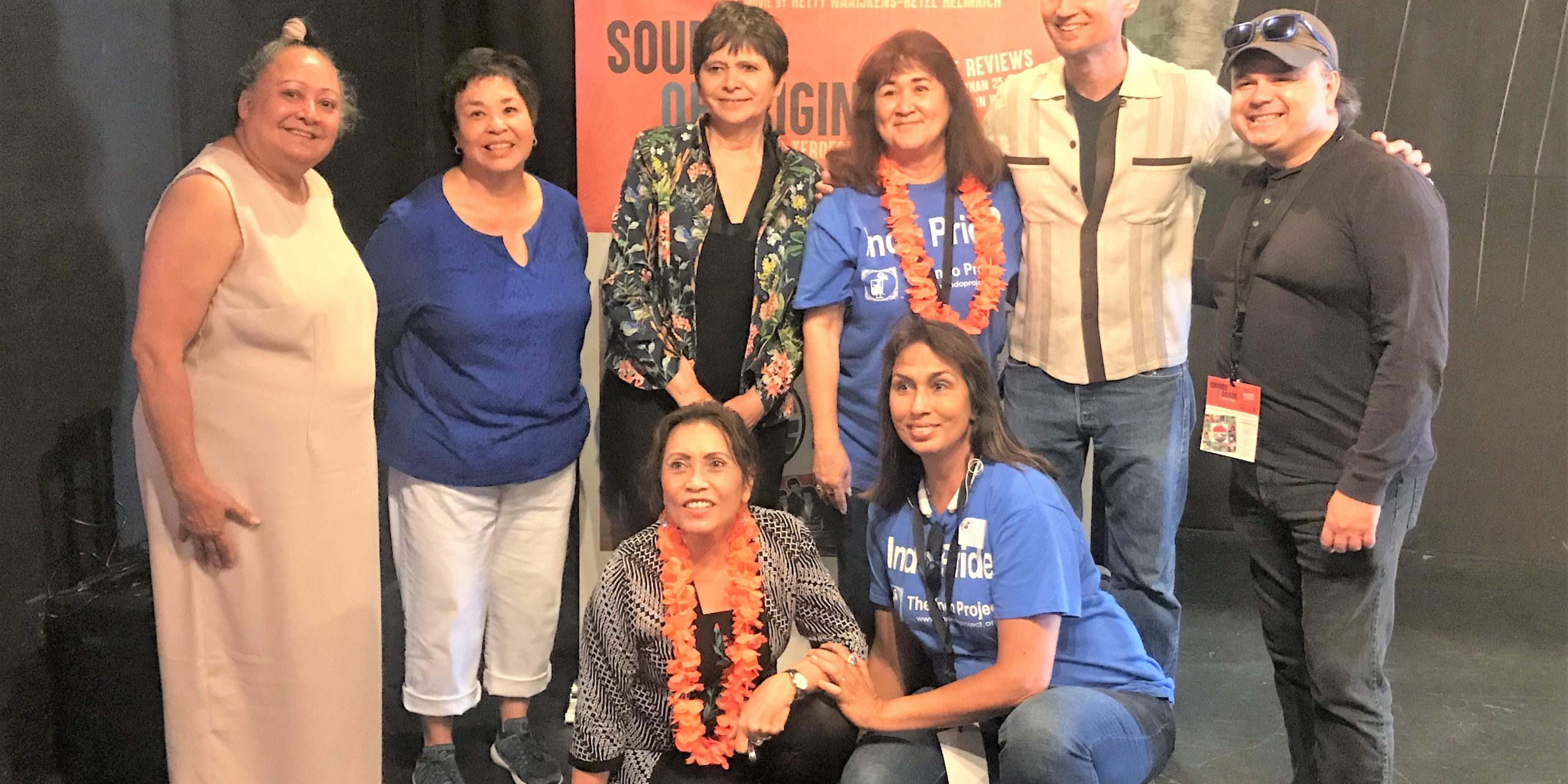 As this eventful 2019 year draws to a close, TIP realizes we have so much to be grateful for, especially as we celebrated our ten year anniversary in October. Transitioning to 2020, we greatly appreciate your consideration of an end-of-the-year donation to propel us into our next decade of honoring the past and preserving the future.

One 2019 highlight in June was our Klanken van Oorsprong/Sounds of Origin TIPTalk. It consisted of three screenings of the film when TIP brought filmmaker Hetty Retel Helmrich Naaijkens to Los Angeles, Long Beach and San Francisco.

The film is the story of the Indo young men and women who introduced rock ‘n roll to the Netherlands in the fifties/sixties, and changed the music scene there forever. This rousing film was also screened in Lake Mary, Florida, in November.

There is continued interest and enthusiasm surrounding this film, and TIP is excited to be selling copies of the DVDs.

Another 2019 highlight in August occurred when TIP took part in the annual 15 August Herdenkings Ceremony held at the National Cemetery in Los Angeles and also the Herdenkingsceremonie in de Bilt, NL. We are honored to be part of this annual event as we continue to honor the past.

Looking ahead to 2020, TIP has many exciting upcoming events as we celebrate the beginnings of TIP’s next decade. We will be celebrating our 10 year anniversary at the Long Beach Holland Festival in May.

TIP will also be participating in the 70th anniversary of the Herdenkings Ceremony in Los Angeles and The Hague, as some of our TIP board members will be traveling to be representatives at this somber but important ceremony. Your donation to TIP will help make these 2020 events even more effective.

TIP is an all volunteer staff devoted to keeping our heritage alive for the younger generations. In the past several years, we have seen our outreach with TIPTalks pay off with the younger Indos here in the U.S. There are now a SoCal Indo group, Indos of San Diego and Insulinde in Oregon all lead by third and fourth generation (30-50 yrs. old) Indos, born in the U.S. who want to honor their parents’ and grandparents’ memories and their sacrifices to ensure we had a better future. Seeing the younger generation keep Indo history and culture front and center in their lives fills us with Indo Pride. If you feel moved to do so, please share this appeal with your friends and, most especially, your children and grandchildren. They are the future we will preserve by honoring your past.

Again, thank you most sincerely in helping us keep Indo history relevant to our children, grandchildren as well as the general public in the U.S. who still don’t know about us. We do not want our history to be merely a footnote in Dutch or Indonesian history books…we want our own page!

Please make the check payable to: “The Indo Project” with “2019 Donation” in the note.